Vocation Brewery is set to launch a duo of new beers into Sainsbury’s stores across the UK, in time for the summer. 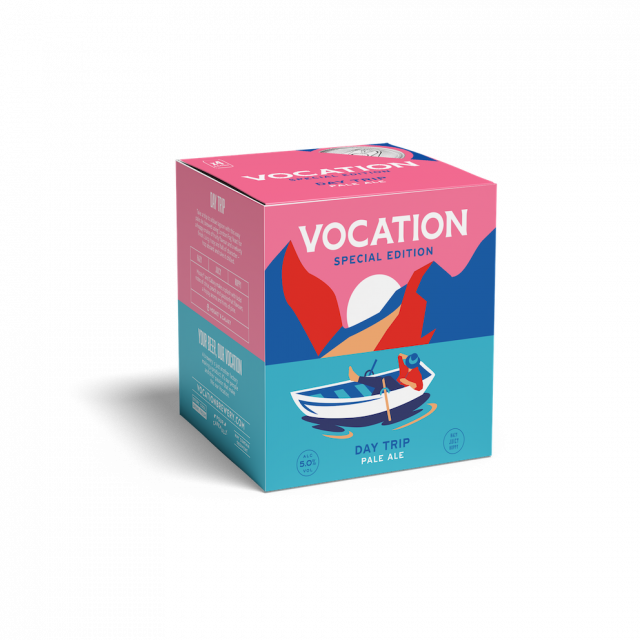 The beers, which include a 5% ABV pale ale called Day Trip and a 5.5% Piña Colada sour called Sunset Overdrive are both vegan-friendly and available as a four-pack of 440ml cans, retailing at £8 per pack or £3.50 per can.

Speaking to db, Vocation Brewery brewing director Matt Howgate, at, said: “We are seeing a definite trend towards beers with a fruit-flavoured profile within the craft beer market. There are many contributing factors to this, but in the last three to four years in particular we’ve seen drinkers being drawn to beers which are softer and less bitter than craft beers that were previously on the market. The way to achieve this is to use hops that naturally have fruit flavours – something which works well in both our new Day Trip Pale Ale, with its citrus, peach and passionfruit flavours and in Sunset Overdrive sour beer, which also uses fresh pineapple in addition to the hops.”

Howgate added: “With the summer season upon us, fruit flavoured beers are extremely refreshing and therefore work extremely well during these warmer months.”

Amy Nicholls, speciality beer buyer at Sainsbury’s, revealed that the retailer found Sunset Overdrive “particularly interesting” since it offered up “flavours of pineapple, coconut and tangerine” and noted how the Sainsbury’s 2022 Summer Trends Report had highlighted how “pineapple is set to be one of the most popular fruit flavours for this summer” and added that the retailer has seen “a 17% increase in pineapple sales over the last three years” so feel “confident the Piña Colada Sour will be a popular choice”.

The Yorkshire-based brewer has also added its fastest growing beer, a 5.7% ABV hazy pale ale named Hop, Skip and Juice to Sainsbury’s shelves which will also become available in a four-pack of 440ml cans retailing at £8 per pack.