Vines which have spent more than a year growing in zero gravity conditions on board the International Space Station have shown signs of increased resistance to mildew and phylloxera. Scientists hope the research will provide “organic solutions for the future of agriculture on earth”. 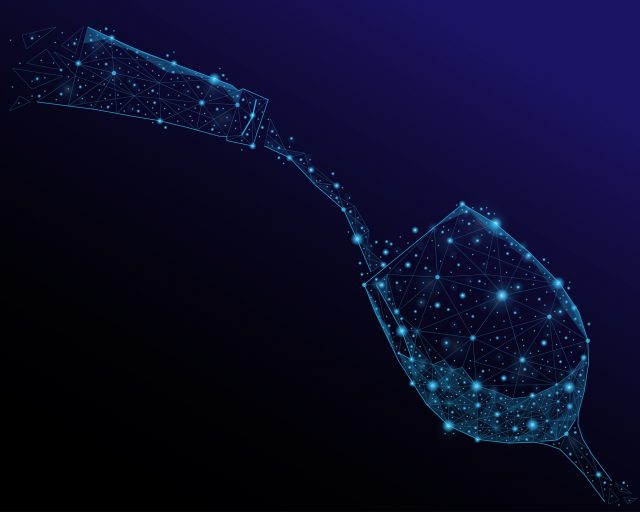 Twelve bottles of Petrus Millesime 2000 and 320 vine shoots have returned to earth in after 438 days and 19 hours on board the International Space Station last January and have now undergone analysis.

The zero gravity journey, totalling 300,000,000 km, is equivalent to approximately 300 trips between the Earth and the Moon.

The wine was sent into space in Novermber 2019, and joined by the vines on the International Space Station in March 2020.

Both payloads were sent into space as part of Mission Wise, the first privately led research programme leveraging microgravity in an attempt to improve the future of agriculture on earth. The research has been developed by European private company Space Cargo Unlimited.

Now returned to earth, the vines have undergone analysis to understand the effect of zero gravity on their growth.

And as a first step, Space Cargo Unlimited conducted a 90-day preliminary survey to identify possible changes of interest.

Plant observations revealed increased resistance to downy mildew and phylloxera, as well as changes in polyphenol content, changes to growth rates, and changes in the bacterial and fungi associated with the plants.

He believes that the research reveals the possibility for space to provide an opportunity to “develop new organic wine varieties that are more resistant to climate change”.

He said: “The recent results clearly confirm the possibilities of our Self-Guided Evolution process, a very promising possibility of organic solutions for the future of agriculture on Earth.”

“More work is required still, but we are very excited by the perspectives, especially with our upcoming first harvest of Space grapes to produce wine.”

Space vines have been evaluated against control plants which remained on earth. Further genetic analysis on space vine shoots show the expression of more than 90 genes related to basic metabolism and defence responses of space vine shoots in leaves of Merlot.

Space Cargo Unlimited is looking to confirm these findings with field tests later this year, to check if these modulated genes
could be correlated with a higher ability to withstand abiotic and biotic stress as observed in other species.

Replanting took place in February 2022, and the first “space grapes” are now visible on the vines. The first harvest is expected in autumn 2023, when the grapes will undergo their first vinification.

Groupe Mercier, Space Cargo Unlimited’s commercial partner, will proceed with the first outdoor grafting process of the Cabernet
Sauvignon vines, testing the viability of the vine shoots from space.

The twelve bottles of Petrus Millesime 2000 which also spent a year under zero gravity in space have also since undergone further analysis.

Various chemical analyzes are underway to assess the changes in the core components of wine, and two tastings have been organised to establish any differentiation to wine aged on earth.

Emmanuel Etcheparre, co-founder of Space Cargo Unlimited, said of the research: “Space Cargo is thrilled to contribute to understanding the maturation of wine and support the groundbreaking work of our research teams at the Institut Francais de la Vigne et du Vin in Bordeaux and at FAU Erlanger-Nuremberg University the for the future of vine and wine on Earth.

“Space confirms all its potential as a new research dimension and opportunities for the future of agriculture on Earth.”