31 May marked the publication of UK Hospitality’s initiative to resolve a growing crisis in the sector worsened by a “devastating last two years”, in the words of CEO Kate Nicholls. 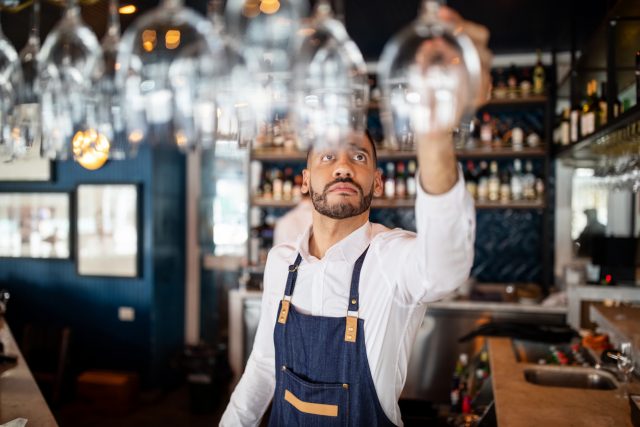 The strategy identifies five key areas which are integral to solving the issue: recruitment, skills and training, working lives, image of the sector and infrastructure. As Nicholls says: “as we’ve reopened post-pandemic, our ability to recover has been constrained by a restriction on talent…we face lost opportunities as an economy if we aren’t firing on all cylinders.”

Perhaps the most important of those cylinders is the issue of recruitment. The sector’s 170,000 job gap is a major cause for concern. With one in ten jobs unfilled, double that of the pre-pandemic level, measures have to be taken to stem the staffing crisis. Working with the Hospitality & Tourism Skills Board, the strategy will be implemented at both a local and national level, with devolved approaches for each of the UK’s constituent countries.

On a panel of industry experts discussing the strategy, Sophie Kilic, senior VP of human resources at Accor, addressed the elephant in the room: “Why was the UK hit so badly? Obviously Brexit.” Nicholls mentioned a desire to see the immigration system streamlined in order to enable citizens of foreign countries to come and work in British restaurants, bars and cafés.

Improving perceptions of the sector is vital. The strategy cites the development of transferrable skills, flexible work hours and the prospect of rapid promotion as factors which make careers in hospitality aspirational. Though the workforce crisis is international and across many sectors, it has been acutely felt in British hospitality. Kilic said: “I come from France, where it is prestigious to work in hospitality, people see it as a career.”

Nicholls argued that much of the stigma surrounding hospitality careers in the UK can be traced to an emphasis on academic over vocational training: “As long as schools are accredited by the number of students they get to university, vocational training will always be seen as second class.” She also notes that it is “difficult to compete as a restaurant when Amazon are offering jobs paying £20 an hour.”

Though hospitality jobs may be seen as suiting young people in pursuit of part-time work, the strategy seeks to boost inclusivity across age groups. Across British adults of working age, just one in five consider hospitality an appealing industry to work in. However, the emphasis is still very much on engaging with Gen Z, through school outreach and apprenticeships.

One of the aims of the strategy is also to increase accessibility to hospitality opportunities for those with disabilities, both invisible and visible. Nicholls mentioned that certain aspects of hospitality jobs, particularly the elements of routine, can appeal to neurodivergent individuals.

There are no short term solutions to the crisis, but the modular approach has been designed to make the situation more manageable. The tone of the messaging is of the utmost importance. Nicholls emphasises the need to be “relentlessly positive, like we are when we talk to customers!”

Though the outlook may be positive compared to how it has been in recent years, there is still a sense of caution. Nicholls speaks of a “talent hiatus” in relation to the pandemic creating a two year gap in those undertaking apprenticeships. As for the cost of living crisis, she tells db of “nervousness on the horizon –  there is reluctance to pass cost increases onto consumers, but intense inflation can only be held back for so long.”