The WSTA explained how the border and supply chain issues that drinks companies face continue to cause delays and urged firms to plan ahead. 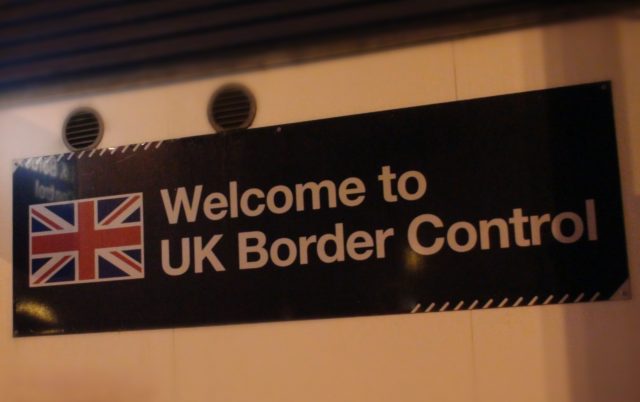 Speaking at the London Wine Fair, the WSTA’s regulatory and commercial affairs director David Richardson said: “I hope some of you received the various details about what’s happening in the world of HMRC and UK Border Force” and joked: “I won’t ask if anybody actually enjoys that sort of a slightly difficult exercise”.

Initially, the WSTA’s research into the matter led to mixed results, Richardson admitted and revealed: “About this time last year, we started asking the question for members – and we got a range of different responses and it was disparate, bitty and inconsistent”.

Giving examples of the commentary across the industry, the WSTA witnessed mixed messages, for instance: “‘I’m having trouble with France’. ‘I’m fine with France. But the Nordics are difficult’ and ‘I’m fine with the Nordics, but spirits are hard from Hungary’” but there was one unified theme – everyone was experiencing difficulties of some kind or another linked to border control, logistics and the associated paperwork necessary for moving goods.

Richardson lamented that the issues with deciphering the problems happening with drinks companies and border controls to other markets was not a simple feat. He explained: “Whatever combinational deputation you can think of, somebody would be experiencing it, and when we did surveys on a scale of 1-10 How easy is it for you? We got 7, which doesn’t really tell you very much”.

To avoid confusion and to shed light on what was really going on in the industry, the WSTA changed tack and put together “some semi-structured interviews with quite a wide cross section of businesses from multiple retailers to small headquarters to brand owners to logistics companies and we tried to identify what the main trends were,” said Richardson.

“All those businesses, as you’d expect, different business models have very different supply chains, and have different relationships with their third party providers with their software providers with their suppliers and producers – so the answers were not the same” he explained. But revealed that the WSTA did get “a lot more detail from people about what they were experiencing, and how the trends were looking”.

Richardson warned that drinks businesses needed to heed that “however long you think you’ve got and however good you think your relationships with your supply chain might be, they’re not good enough and you haven’t got enough time” and pointed out that more businesses “need to put in much more work up-front in order to understand what everybody is doing at each stage of the process” to avoid delays.

Richardson pinpointed how, still, many drinks companies, brand owners, distributors and buyers fail to forward plan, leading to him often hearing statements like “‘we need to bring in a consignment next week’” with his stock response being: “‘Well, you should have started thinking about that about three months ago.’”

According to Ricardson, “there’s a whole raft of different rules” and “what you can do at the GB side of the border is not the same as you can do at the EU side of the border” and so many companies need to take note of what is allowed and give due lead-time prior to expecting consignments from different markets. He explained that “because of the way that these changes have come in over the past three or four years, and the way that we’ve been delayed, some people have invested relatively heavily in bringing in new staff and new systems” in order to mitigate further supply chain issues, but implied that remaining flexible was a must.

Beale also identified how all of the adaptations to border rules and any associated supply chain issues did, however, force into focus what he called “a silver lining,” which meant that if companies were forced to “go back and look at it [the paperwork for supply chain agreements] which might be boring” it does still drive them “to be more efficient” and help business owners “to understand it better” for the future.