They say the best things come in small packages, but Pabst Blue Ribbon (PBR) is flying in the face of that maxim by releasing the world’s largest pack of beer. And it has to be seen to be believed. 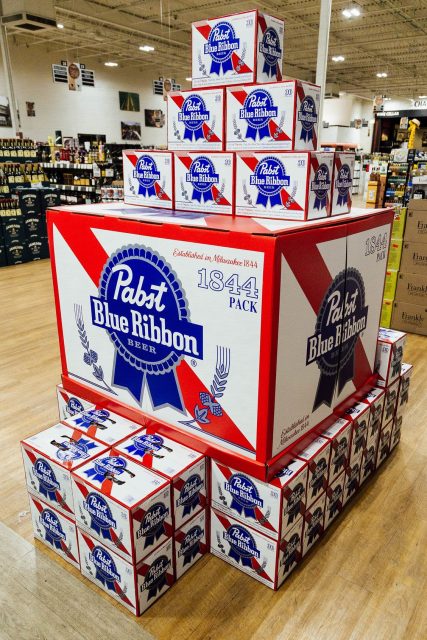 Yes, no strangers to the art of viral marketing, PBR has capitalised on the buzz it received last year with the release of its Independence Day-themed 1776-packs, this time taking things even further.

PBR has decided to release a gargantuan 1844-pack of beer, which, you won’t be surprised to hear, is said to be the world’s largest.

“The basic genesis for this idea came from all the attention our 1776-pack created last year that helped us create a lot of buzz around PBR,” Nick Reely, vice president of marketing at PBR said.

“We thought, how could we go even bigger and tie it into a brand as iconic as ours? So, we created one based on the year we were founded, 1844, and expanded the program.”

Clearly, PBR sees the value in organic viral marketing – and in an increasingly competitive space has decided that bigger is most certainly better.

“The idea is that the 1844-pack creates an event wherever it’s located. We want people to stop and shoot photos of it and tell their friends about it. Hopefully, it stops people in their tracks and gets them to grab our beer,” Lee Dixon, director of national accounts, PBR, explained.

“We wanted to do this around the 4th of July, the biggest beer holiday of the year, because who wouldn’t want to show up with a picture of an 1884 pack to a party?”