Map shows the most affordable Michelin-starred restaurants in Europe

Yes, as Covid restrictions relax and we all attempt to set off abroad once more for sun, culture and great food, there has never been a better time to plot a gastronomic odyssey through Europe.

Or perhaps you just want to find some fancy dining near your next holiday destination.

Either way, this map of the most affordable Michelin-starred restaurants in Europe is an invaluable tool on your foodie journey.

Here is the map of the most affordable Michelin-starred restaurants in Europe: 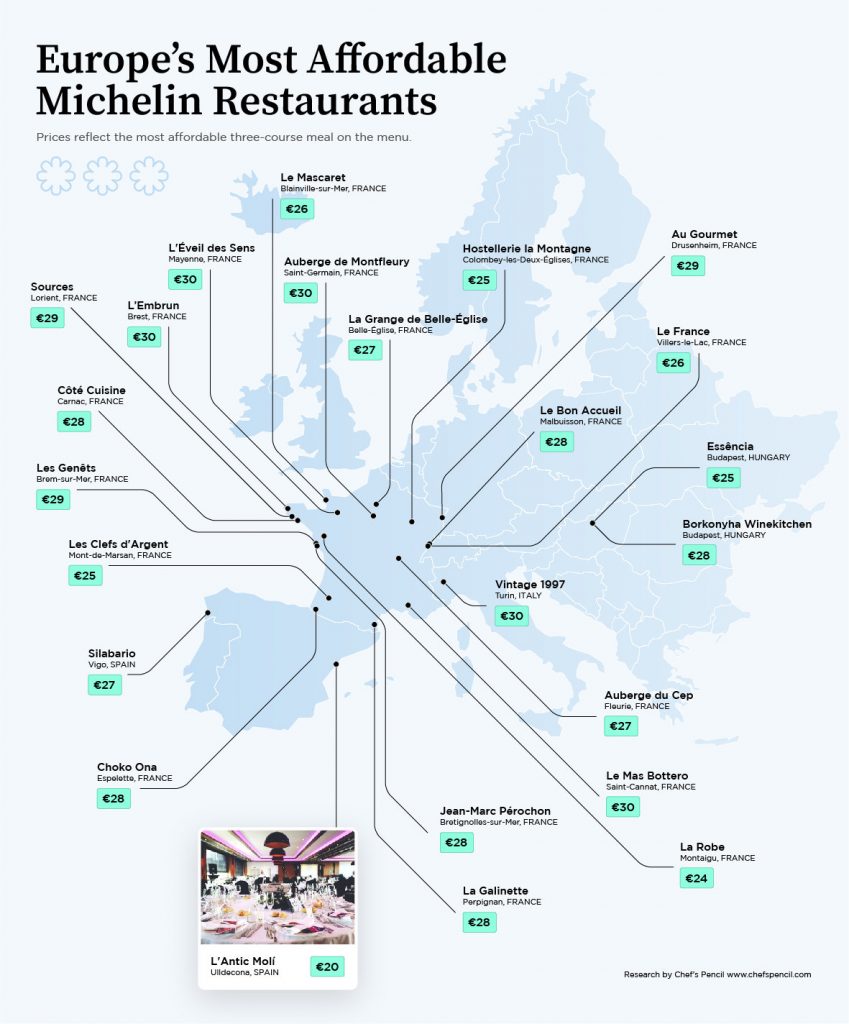 Here are the top five most-affordable Michelin restaurants in Europe:

If you want to enjoy Michelin star quality food on a budget, these are some excellent options. Chef’s Pencil, who conducted the research, also recommends going for lunch rather than dinner as a method to save money.

Also worth considering is that France is home to seven of the 10 most affordable Michelin-starred restaurants, so if you want to pull off that gastronomic odyssey on a budget, then that could be an excellent bet.

In any case, it’s great to know that you can get Michelin-starred food for less than £30 per person, proving once more that a little research can go a long way when plotting your next trip.

Read More: UK restaurant named as the most Instagrammable in the world.