An encounter with a stonefish, the ocean’s most venomous fish, can be lethal – but Australian photographer Adam Clancy opted for red wine and whisky instead of medicine, and lived to TikTok the tale. 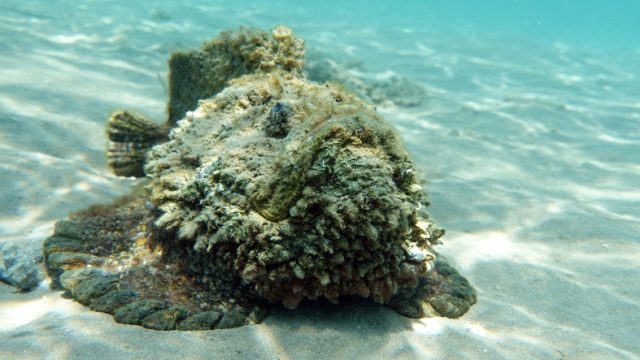 Clancy trod on the stonefish in April of this year, causing the creature to inject verrucotoxin into his feet. Aside from intense pain, symptoms can include cardiovascular damage, paralysis, and, ultimately, death.

But Clancy saw the mishap as a social media opportunity, taking to TikTok to share his nonplussed reaction:

Though the venom, used as a defensive measure, can kill, Clancy eschewed modern medicine in favour a different remedy. Speaking with Newsweek after the incident had gone viral, he said: “The paramedic recommended I go to hospital but I declined, he offered painkillers but I told him red wine will do fine. I went home, kept my foot in hot water for a couple hours, drank a bottle of wine and went to sleep.”

When asked how he was able to cope with such intense pain, Clancy said: “I’m just Aussie.” The TikTok of his unexpected response to the ordeal now has racked up 9.4million views.

According to Wine Searcher, the wine in question was a Shiraz. The region and producer of the wine has not been disclosed.

Incidents of people standing on stonefish are fairly common (up to 1,000 in Australia each year), as they camouflage themselves in the sand in shallow waters. Anti-venom is the recommended treatment.

Panicking can worsen the effects of stonefish venom, so alcohol may have helped by relaxing Clancy, as well as numbing the pain. However, db does not recommend foregoing medical aid in favour of wine in the event of an encounter with venomous marine life.

If you want to avoid toxic encounters, be careful what bottles you open. Earlier this year db reported how one Chinese man claimed that the serpent in his snake wine “came back to life” and bit him.