Lords complain of ‘poor wine’ and too much salmon in Parliament

Members of the House of Lords sent letters criticising the “disappointing” food and drink served in Parliament, complaining of too much salmon and poor quality Chardonnay. 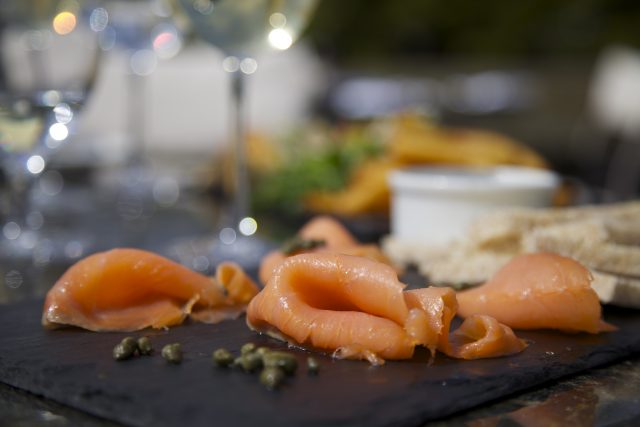 Peers reportedly wrote a number of letters of complaint criticising the abundance of smoked salmon and “poor quality” Chardonnay and Sauvignon Blanc on offer in Parliament.

Letters and emails of complaint were sent over the past three years, and were obtained by Investigative website openDemocracy, where this story was first reported.

The online outlet quoted one peer as saying: “Both the Chardonnay and the Sauvignon Blanc are really poor quality… Can something be done?”

Members of the Lords were also quoted complaining about the limited range of pre-packed sandwiches, with one peer reportedly asking: “Could the sandwiches be presented on a plate with a bit of salad rather than in cardboard?”

Members of the House of Lords do not get a salary, but can claim £323 for each day they attend Parliament.

In other news, people have been left amazed at the prices MPs pay for a pint after an image of the menu at Strangers’ bar in the Houses of Parliament went viral online.

While the price of a pint is anticipated to significantly increase in the United Kingdom, Members of Parliament, officials and guests can enjoy some very reasonable prices for drinks inside the Strangers’ bar in Parliament.

The prices of red and white wine start at £19.50 for a bottle, with guests able to enjoy a Picpoul de Pinet, Madeleine Angevine, or Pinot Noir or Malbec for that price.