Last year’s frosts were a “wake-up call” for Burgundy producers, the head of the BIVB has told the drinks business, prompting the organisation itself to triple investment into R&D to mitigate the damaging effects of climate change. 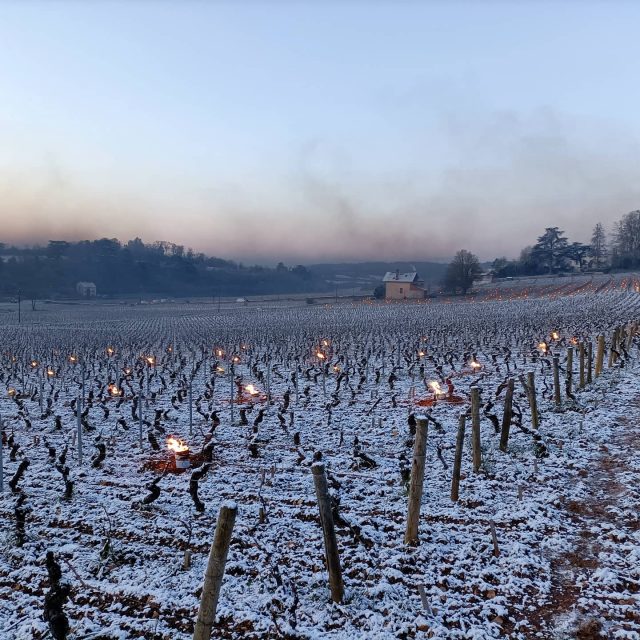 In an exclusive interview with the drinks business following a presentation at the London Wine Fair last week, Laurent Delaunay, co-president of the BIVB said the spring frosts last year had alarmed the board of the BIVB and growers in the region to such an extent that they realised they make immediate changes to ensure the future of wines produced in the region.

The organisation has taken the unprecedented decision to reorient its priorities by trebling the amount of money it spends on R&D over the next three years – from Euro 1m now to Euro 3m in 2025 specifically to improve rootstocks, conduct research into historic varieties and optimise the way growers work in the vineyards.

“We need to develop, working the vines, we need to adapt more to the different vintages that we have, and we need also to have more collective involvement and commitment of all the growers,” he said.

He explained that although the average production yields over the last 20 years has evened out into a fairly steady average – around 1.4m hL a year on average – there has been an increasing variation in the peaks and troughs of yields from year to year.

“Since 2012, there has been more of a variation from one year to another,” he noted. “The main change is the impact of the impact of climate change.”

Meanwhile, although the surface area under vine in the region has increased by around 1% a year over the last ten year, to 31,000 ha, due to problems of regeneration, die-back and climate related problems, the land was not producing the level of grapes that it could do.

“We’ve seen a lot of challenges for a few years, but it was really last year when we saw the frost in Spring  that everyone realised we needed to do something – we cannot continue when the potential [yield]  is reducing like that, we need to react and be more active in terms of research and development,” he said. “There are lots of challenges, which requires new solutions and fresh techniques.”

He pointed out that although some benefits had been felt – for example, earlier harvests can be better for the quality of the red wines while drier and warmer summers means fewer problems from disease, meaning fewer pesticides are required. However the region is seeing more incidences of new disease coming from the south, while earlier bud burst creates substantial danger from spring frosts.

The new focus on R&D was therefore not just about increasing the spend, but in “identifying the right projects and moving in the right direction”.

“Growers need to work with the right plants, ones that are better at adapting, as well as optimising the way people work in the vineyards,” he said.

“The main one for me is the rootstock,” he told db. “It’s the interface between the variety and the terroir.”

He points to a particular clone that was widely planted in the 1980s and 90s (161-49C), which has developed die-back, and proved not to be resistant to the drier and warmer weather. As a result, the BIVB want to identify new rootstocks that may be more adaptable and encourage winegrowers to grow a more diverse selection in the vineyards. They are also keen to develop disease resistant varieties through cross breeding with wild American vines that are resistant to mildew.

Finally, the BIVB are encouraging greater networking among vinegrowers, to encourage groups to share their experiences and success in different ways of training the vines, experimentation with delayed pruning or retaining heat in the soil to protect the vines from frost.

“There are a lot of different initiatives, and with social media, they share with their network – we believe in this new way of management of local initiative that spread if they are seen to be working,” he said.

“It took time to realise that was going on, but sometimes you need some alarming factors and that happened with the last frost.”