Despite being best known for its sweet wines, Hungary is shifting its focus towards showcasing its dry whites. 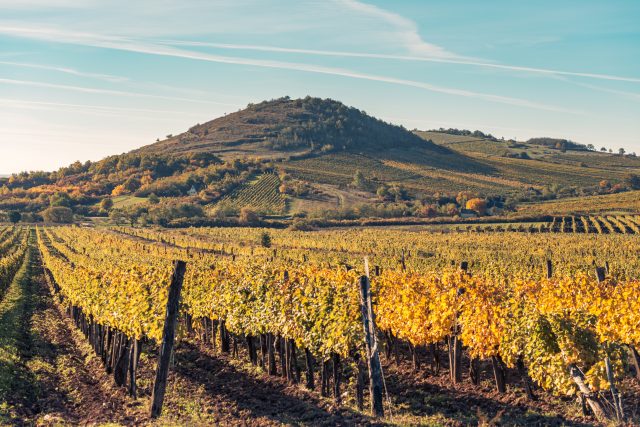 As a cool-climate country, Hungary was always fantastically equipped for producing dry white wines. But with its nectar-like, sweet Aszú expressions often stealing the limelight, the nation’s drier styles haven’t always garnered the attention they deserve. However, the tide is turning, learns db.

“It’s not just been an evolution, it’s been a revolution,” says Caroline Gilby MW, who specialises in wines from Central and Eastern Europe. With 70% of Hungary’s grape production given over to white varieties, Gilby says great strides have been taken in the quality of the nation’s dry whites; in particular its indigenous Furmint variety, as well as Hárslevelű and Olaszrizling, Hungary’s most widely planted white grape.

“The first thing to know about Hungary’s dry white wines is that they have an extremely high acid content,” Gilby says. “Tokaj, for example, is a particularly acidic region, which is why it has historically specialised in producing sweet wines. The acidic terroir meant that producers were forced to balance the wines out with more residual sugar.”

As the country’s winemakers have become more adept at managing the acidity of its white wines, allowing it to shine through without overpowering, the potential of Hungary’s dry white styles has rocketed.

“The dry white wines have to be very honest as there’s nothing to hide behind, without all the sugar,” says Gilby, nodding to the freshness and purity that comes from the unique mineral composition of much of Hungary’s terroir. Tokaj sits atop hundreds of extinct volcanos, which is what gives the soil its distinctive pH levels.

Many producers from Tokaj are now increasingly turning their focus to drier styles, to the extent that the region is now Hungary’s largest for the production of dry white wines, despite its stellar reputation for sweet expressions. And these dry wines are starting to gain presence on the international stage.

“I’ve seen the market change year by year, even month by month,” says Istvan Balassa, founder of Balassa Winery, of the growing demand for dry styles from the region.

The UK, Sweden and Germany represent the biggest export markets for Hungarian whites, and major UK retailers – including Tesco, Sainsbury’s, Bibendum, Majestic and Laithwaites – now all stock dry white wines from Hungary on their shelves.

While Tokaj has the lion’s share of vines dedicated to producing dry styles (including 3,317 hectares of Furmint), many other regions are coming to the fore with their aromatic whites, such as Eger in the north of the country, and Matra, known for its younger generation of experimental winemakers clustered at the highest altitude of the nation.

And for sommeliers wondering what to pair them with? The vibrant acidity of Hungarian whites makes them an ideal match for spicy cuisine, but, says Gilby, expressions can range from “fresh and fruity to steelier Chablis styles”, so the world is your oyster.

Correction: In the May 2022 issue of db, we incorrectly referred to Grand Tokaji as being owned by AXA Millesimes. The premium vineyard portfolio in fact owns Disznókő, one of the few Tokaj estates to be a single tract of land, planted with noble Hungarian varieties. All Disznókő wines, including several dry styles, hail from this vineyard.