Hayfever sufferers could be better off drinking white wine than red

Is your hayfever playing up? Try parking the red wine and reaching for a white instead, say scientists. 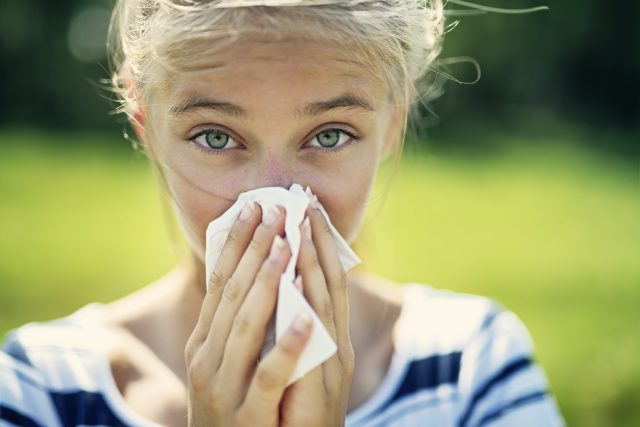 If you’re one of the 20% of people in the UK who suffer from sneezing fits, itchy eyes and a streaming nose during hayfever season, you might want to rethink your choice of drink.

A Danish study conducted in 2008 showed that the amount of alcohol we drink increases the risk and severity of hayfever symptoms, with 14% of the 5,800 test subjects involved (none of which were hayfever sufferers to begin with) manifesting seasonal symptoms after drinking booze.

Those who drunk more than 14 drinks a week were found to be 1.78 times more likely to develop perennial hayfever, said The Centre for Alcohol in Denmark which carried out the research.

This is because histamines are present in alcohol – as they also are in foods such as cheese and smoked meats – so consuming a glass of wine or beer can lead to an excess of histamine, especially if your body is already producing the chemical in order to fight off an allergic reaction to pollen.

However, it’s not all doom and gloom as certain alcoholic drinks contain significantly more histamine than others, meaning you can choose wisely to limit or regulate your histamine.

According to DrinkWell UK, red wine can contain 20% to 200% more histamine than white wine, meaning swapping your Pinot Noir for a Pinot Grigio may help to alleviate symptoms.

Research has also shown that the type of yeasts and bacteria used in the fermentation process during winemaking can effect the histamine levels of the wine, and longer maceration periods which make wines deeper in colour and more tannic can also drive higher histamine levels.

Some producers have been experimenting with different grape varieties in order to lower histamine levels in their wines. Italy’s Dolcetto grape is one such variety that has naturally lower levels of the chemical.

If you’re really looking to reduce histamine levels, though, then spirits may be the way forward. Spirits contain fewer histamines than wine, with Tequila, gin and vodka having some of the lowest histamine levels of any alcoholic product. Though watch out for flavoured versions of vodka or gin as histamines are often found to be higher in these.