After a two-year hiatus, the González Byass UK portfolio tasting returned to London on 14 June with a heightened emphasis on environmentalism. 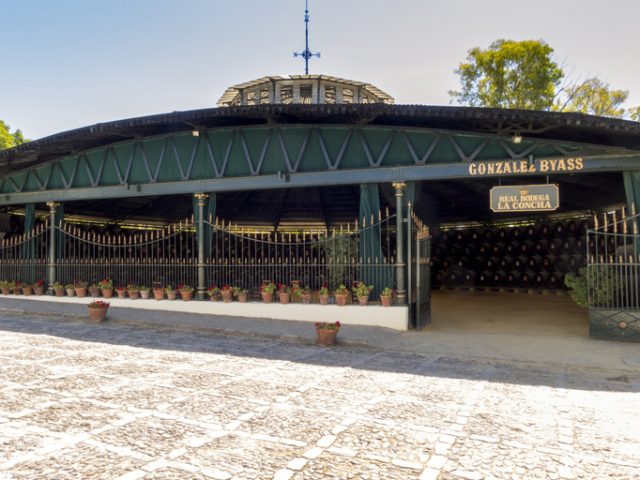 Among the attractions was a virtual reality tour of Beronia winery in Rioja. Beronia was the first winery in the world to be awarded gold status by LEED (Leadership in Energy & Environmental Design). The tour showcases the winery’s innovative, energy-saving architecture.

Steph Hall of Beronia UK told db: “It has applications for training purposes – we can give people a tour of how the winery operates remotely. Maybe one day we might even do full-on virtual tastings, but that’s for the future!”

When asked about whether the technology could be integrated into the growing sector of wine tourism, she said: “It can definitely offer a much more sustainable approach to visiting a winery, one without the air miles.”

Even in the most traditional corners of the wine industry, sustainability is becoming a hot topic. Philippe Rivet of Champagne Deutz, which as been with González Byass UK since 2013, noted that sparkling wine bottles pose some difficulties: “the glass has to be thicker, making the bottles heavier, and foil is increasingly difficult to source. But, despite logistical challenges, we have been able to cut down packaging waste significantly.”

Diego Talavera Gaborieau, González Byass’ international sales director, told db of his belief in the integrality of going green: “I think sustainability has been part of wine forever. In this world it is part of how you run things – we depend on the consistency of the environment for each vintage, or, with climate change, we react to the inconsistency.”

Indeed, the company has stated its intention to become carbon neutral by 2050, and to reduce emissions by a third come 2030.

The tasting was also the company’s first to take place in the UK since Brexit, though Gaborieau said: “Our perception hasn’t changed. To change your view of the market because of Brexit is a nonsense – at the end of the day, the consumers are the same and the demand is the same.”

While the company has undeniably been forward-thinking in its approach to sustainability, much of the excitement of the event surrounded a new release from almost 50 years ago – a 1975 vintage sherry.

In a masterclass on innovation in Jerez, winemaker Silvia Flores described the 21.5% ABV fortified wine as “a real treasure.” She added: “It has a lot of emotional meaning for me – my grandfather harvested that vintage, and my father looked after the casks in the bodega.”

The importance of handing something down through generations can also be seen in the company’s 5+5 Sustainability Initiative. The name refers to the legacy of the first five generations of the family-owned company, and the next five, who will continue to innovate.

Much of this emphasis on sustainability has become more apparent under the leadership of outgoing CEO Jorge A. Grosse. His replacement was recently announced.