Gary Barlow adds a rosé to his wine range

The Take That singer has added a rosé to his Gary Barlow Organic range as part of his ongoing partnership with Benchmark Drinks. 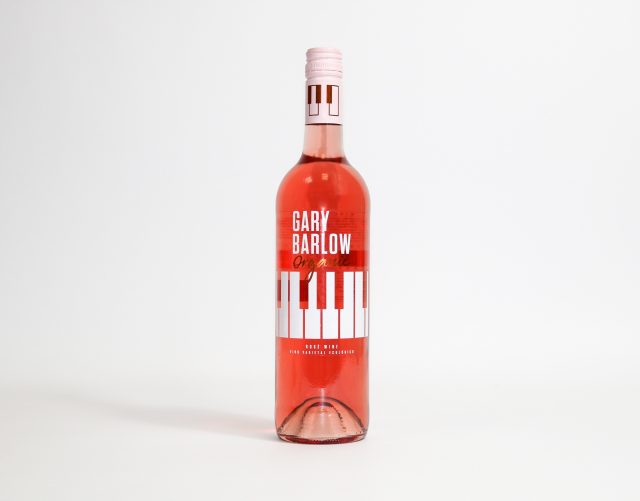 While Barlow is no stranger to releasing new music, having had 16 number one singles and eight number one albums over the course of his career, he’s already succeeding in the wine world, having launched his first bottles less than a year ago.

Just like the previously released white and red wines, the rosé is produced by Peninsula Viticultores in Spain. Founded by Andreas Kubach MW and Sam Harrop MW, Peninsula is described as specialising in “sympathetic winemaking”.

The wine is made from 100% Tempranillo, with the grapes harvested in Castile at night. After a brief maceration, the must is then pressed and the juice fermented at 16°C in stainless steel.

The tasting notes describe the presence of “intense and fresh berry aromas complimented by subtle floral notes. This wine has excellent fruit concentration with a slightly off-dry finish, beautifully balanced by crisp acidity and refreshing, savoury notes.” For food pairings, grilled prawns and fresh avocado are both suggested.

Barlow said that the expansion of his range was “the perfect duet [becoming] the perfect trio”. Last year, he spoke in depth with db about his journey into the world of wine, describing the drink as “a celebration of being alive.”

Gary Barlow Organic Rosé retails at £8 for a 75cl bottle and is available at Morrisons and garybarlowwines.com.

Benchmark Drinks also looks after Kylie Minogue’s wine label, indeed, she has transitioned from Pop Princess to Prosecco Princess thanks to the success of her own rosé.