Napa Valley might be one of the best-known Cabernet Sauvignon areas in the wine world. But it’s another Cabernet – Cabernet Franc – that is increasingly the big topic of conversation among the region’s growers – and which is attracting the highest prices. 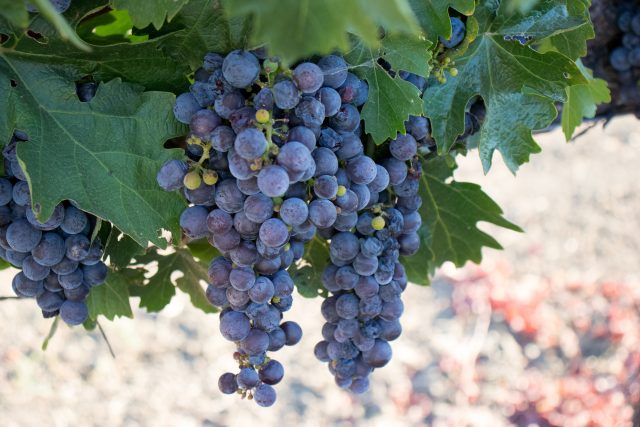 “I get more phone calls about Cab Franc,” says Marcus Notaro, winemaker at Stag’s Leap Vineyards. “People saying they want to plant it and asking which clones to use. I’ve definitely seen some excitement with Cab Franc amongst our growers. It has a bit of buzz.”

But while plantings of the latter have doubled over the last 25 years, those of Cabernet Franc have increased only by 50%. Coupled with an increased interest in the variety, it’s putting big pressure on prices.

Currently Cabernet Franc is the most expensive variety. In last year’s crush its average price was $9,414/tonne. Cabernet Sauvignon, by comparison, was $8,023.

“The proportions are out of whack,” says John Skupny, winemaker/owner at Lang & Reed. “Price-wise, Cabernet Franc has always been in the same ballpark as Cabernet Sauvignon until the last six or seven years.”

Skupny estimates that Napa should “probably have at least 5-6000 acres”. The grape’s rise is being put down to two factors. Firstly, there is a growing interest from US consumers in wines (and varieties) from the Loire, which are more affordable than Bordeaux, Burgundy or US Pinot Noir.

“We don’t have to explain it any more,” says Skupny, who has concentrated on Cabernet Franc and Chenin Blanc since the early 1990s. “People are much more aware of it and are seeking it out because it’s different.”

Sommelier groups, he adds “love it because it’s geeky and off Main Street.”

The second factor is its growing use with Cabernet Sauvignon. Although a growing number of wineries are making 100% Cabernet Franc, much of the demand comes from it being seen as a desirable component in Napa’s ‘super-blends’.

“If you have nice ripe Cabernet Sauvignon, what makes it better?” says Stag’s Leap’s Notaro. “To me it’s Cabernet Franc. The tannins balance out really nicely, and it adds another layer of complexity.

“Merlot in Napa Valley is quite nice, but it’s softer, and I don’t really need that. I’m using less and less Merlot. Do I need Petit Verdot to add structure and colour? I feel we don’t really need a varietal like that.”

Skupny observes that “A Francophile would say that a little Cabernet Franc makes Cabernet Sauvignon smell like it should.”

“Franc gives it perfume and s spiciness that otherwise gets ripened out of Cab Sauv,” he explains. “It definitely gives the mid palate and the finish lift. It’s more like ripe cherries than black cassis without adding to the tannin load.”

Cabernet Franc is not for the faint-hearted since it is naturally vigorous and also ripens less uniformly, requiring extra passes and vigilance in the vineyard. Skupny describes it (positively) as “like walking on a razor’s edge of ripeness”.

And, challenging or not, at Stag’s Leap, Notaro has planted more of it and is happy with the results. “Can we expect more wineries to be using 10% of it in the blends in the years to come? I feel that way, and I hear other people talk that way,” he says. “It’s a more intensive variety, but it’s worth the effort. Anything we can do to make better wine, why not?”