One bride has sparked a debate online after revealing that she has asked guests attending her wedding to cough up US$15 for unlimited booze throughout the special day. 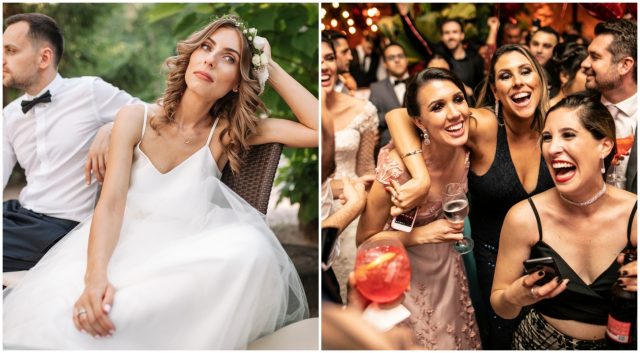 Now, I don’t know about you, but a free bar is one of the many joys of a wedding. Sure, for the people getting married there are more important things to focus on, but a free bar and the sun shining is pretty close to perfection on a summer’s afternoon.

However, one bride recently revealed that she has decided to ask her wedding guests to contribute $15 each for unlimited drinks on her big day, sparking something of a debate online.

Taking to the ‘Wedding Shaming’ forum on Reddit, the bride in question said that $10 of the $15 would go towards her honeymoon, while the other $5 would form a tip for the bartender.

“So when you go to get your first drink you pay $15 total and the rest of the night is FREE no tips required unless you want to tip the bartender again [sic].” She explained.

“Is that selfish? I told my family that and they said if I’m going to have an open bar i shouldn’t make anyone put money to our honeymoon… WE ARE PAYING FOR THE WHOLE THING BY OURSELF WITH NO HELP…

“I think it’s fair and fine. And i don’t see anyone complaining. If they don’t like it then obviously they won’t be drinking [sic].”

And it’s fair to say the post has sparked quite a debate online.

“I think the execution is bad. But not a horrible idea. Last wedding I went to it was $12 for a bottle of beer!” One Redditor wrote, while a second added, “$15 for an all-you-can-drink night is really reasonable, just don’t call it an open bar…”

However, not everyone agreed with the idea.

“Having your guests open their wallet at your event is tacky,” a less impressed commenter wrote. “A ~classy~ way to do this would be to have a sign that says “Please enjoy our open bar. Tips will be split between the couple and the bartender! Suggested tip: $1-2/drink.”” Someone else suggested.

So what do you think? Is $15 fair enough for an open bar, or should the bride have worded things differently.