Vinexpo Asia to move from Hong Kong to Singapore for 2023

Vinexpo Asia is to move from Hong Kong to Singapore, with a show planned for May 2023, the drinks business can exclusively reveal. 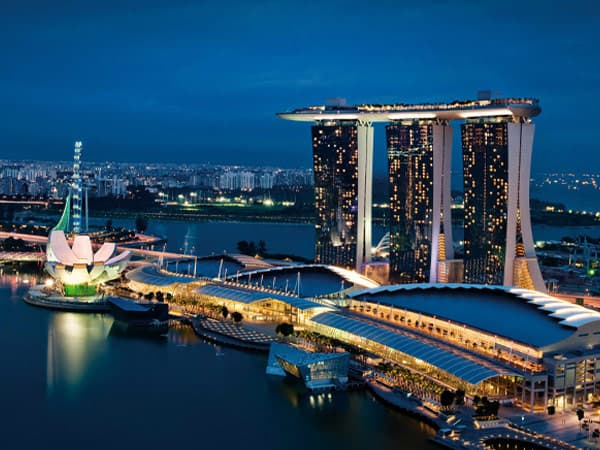 Following a discussion with Vinexposium CEO Rodolphe Lameyse earlier this week, he told db that Vinexpo Asia would be held in Singapore from 23-25 May next year, and remain in the city-state for the time being, with an annual show at its largest convention space – Marina Bay Sands (pictured above).

Speaking about the decision to move the Asian fair from Hong Kong, where Vinexpo has held a fair every couple of years from 1998 to 2018, he said, “Unfortunately I and my shareholders consider that Hong Kong is not where we want to be in the future.”

Continuing he said that various developments had encouraged him to move Vinexpo away from Hong Kong.

As a result, he said, “So we are putting all our means to make Vinexpo successful in Asia using Singapore as a hub.”

Lameyse knows the city-state well, having worked in the exhibition business there for six years until he was approached by Vinexpo in 2019.

He observed that in the past 18 months “the super rich Chinese” have been relocating to Singapore, and described the place as a “hub” for wines and spirits.

However, he was at pains to stress that the show is not being called Vinexpo Singapore, but Vinexpo Asia, as the annual event looks to serve the region, and hopes to attract buyers from Australia and South Korea, along with Japan, as well as of course China.

While he said that his plan was to “invest in Singapore for the long term,” he said that he would not rule out returning to Hong Kong, and would be “keeping all my options open”.

Finally, Lameyse told db that he expected next year’s Singapore-based Vinexpo Asia to feature around 1,200 exhibitors and attract 6,000 to 7,000 visitors to the fair over the three days.