Sir Keir Starmer pledges to resign if fined over ‘Beergate’

Though a pack of 12 330ml bottles of San Miguel typically retails for under £10, a photo of the Leader of the Opposition holding one could cost him his job. 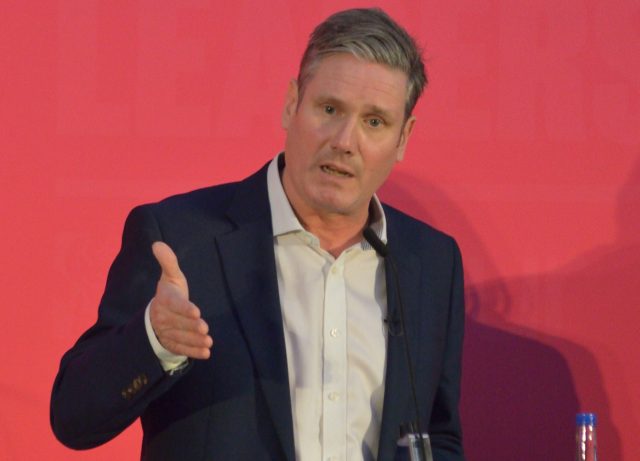 The photos of Sir Keir Starmer partaking in a beer at a gathering of colleagues were taken by Durham University student Ivo Delingpole, the son of Breitbart journalist (and Oxford associate of Boris Johnson) James Delingpole.

Though they were taken on 30 April 2021, it was only when the Daily Mail published one of the photos on its front page in January of this year. A riposte to Starmer’s hard line on “Partygate”, the furore significantly escalated in the run up to last week’s local elections.

In a statement on Monday 9 May, Starmer reasserted his belief that the gathering was permissible under the rules at the time and pledged to resign if the investigation by Durham police found him guilty.

“I believe in honour, integrity, and the principle that those who make the laws should follow them”, he said in defiance of those accusing him of hypocrisy for his criticisms of Boris Johnson for overseeing numerous parties at Downing Street during lockdown.

As the Labour leader was on the campaign trail at the time, his meals will have all been previously arranged. One anonymous witness claims that there were people present “getting p***ed”. The Labour Party has stated that it has evidence that Starmer worked until 1am that night, which could confirm that the gathering was a permissible work event.

Although the label is largely obscured by Starmer’s hand, it appears that the brown bottle he is clutching is a San Miguel, as reported by The Times.  A bottle of the beer, alongside an order of pilau rice and prawn bhuna, was used by The Sun to lampoon him as part of a publicity stunt.

Unfortunately, Delingpole’s photographs do not show what other beverages were available at the gathering. Given the incident took place in the former Durham Miners HQ, perhaps a bottle of Newcastle Brown Ale (now brewed in the Netherlands) might have been more regionally appropriate.

While campaigning in Hartlepool a week before the photos were taken, he took the chance to pull a pint of locally produced Strongarm from Camerons Brewery:

Alternatively, given that there was also a takeaway curry from Spice Lounge, Cobra would have been an obvious choice. The presence of Indian food alongside alcohol has led to his detractors, including Conservative MP Suzanne Webb, dubbing him “Sir Beer Korma”.

However, perhaps Starmer’s choice of tipple cements his status as “man of the people”. Just two weeks prior to the “Beergate” incident, San Miguel, which is brewed in the Philippines, was named as the seventh most popular on-trade beer in the UK of 2020.