Yun Suk-yeol was elected president in March with 48.56% of the popular vote and sworn in on 10 May. According to reports from The Korea Times, that evening he enjoyed dinner with several different South Korean-produced alcoholic drinks. 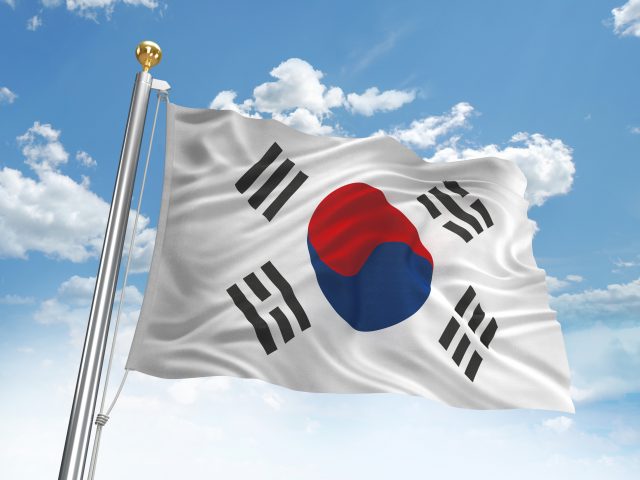 The former prosecutor has been noted for his pledge to take a hard line on North Korea. He is also the first President to not reside in Cheong Wa Dae, or the Blue House, in 74 years, deeming it to be a legacy of Korea’s imperial past. The palace has now been converted to a public park.

Instead, the inaugural banquet was held at the Shilla Hotel in Seoul, with 150 guests in attendance. A tradition hansik menu was served, including abalone, snapper, fruit and rice was served, with ingredients chosen by new First Lady Kim Kun-hee.

The Korea Times reports that numerous different drinks were chosen to pair with the series of dishes, representing the country of which Suk-yeol is now head. Each of the drinks is officially recognised in law as local specialty.

From near the border with North Korea in Gangwon Province, premium Neobeunae wines were sourced. The producer, Chateau Nadri, makes its white wine with new grape varieties bred at the Gangwon Agricultural Research Facility.

Chateau Miso Sweet Rosé, made from black Campbell Early grapes, represented North Chungcheong at the heart of the country. The “Miso” part of the name is an Anglicised corruption of the Korean word for “smile”. The sweet wine has aromas of confected black and red fruits.

Muju in North Jeolla province provided Red Pearl, a wine made from the Korean grape variety of Muroo said to provide drinkers with numerous health benefits including “sound sleep”. The area surrounding the city of Sacheon in South Gyeongsang province is known for its kiwi fruit, and a chilled kiwi wine from there was chosen for the dinner.

And from the island of Jeju, off the Korean Peninsula’s southern tip, Nimome, which means “as you like it” in the local dialect. The rice wine, or makgeolli, is flavoured with tangerine peel, and can be enjoyed with dessert.

Though soju is not mentioned, it might be assumed that some guests did partake as it is the traditional spirit accompaniment to meals in Korea.

Only so much can be gleaned from a drinks list, but it might be seen as an indication of South Korea’s new direction. Despite the conservatism of his People Power party, the notable emphasis on Korean produced grape wines sets Suk-yeol apart from the inauguration drinks choices of his predecessor, who largely opted for traditional makgeolli and fruit wines.

The Korean taste for grape wine is growing. Indeed, earlier this year wine consumption in South Korea spiked as young people drank at home while watching the Beijing Winter Olympics.