ProWein 2022 “has made an impressive comeback after the pandemic-induced compulsory break”, said the organisers yesterday as they revealed the number of visitors to the fair this week. 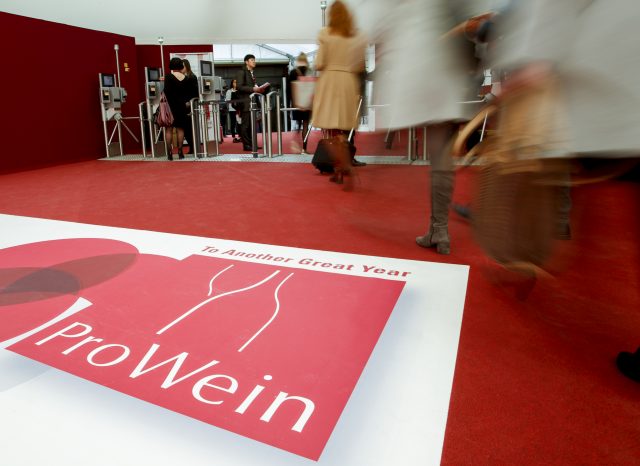 According to Messe Düsseldorf, the company behind ProWein, the three-day fair, which closed its doors yesterday, attracted 38,000 trade visitors from 145 countries, and featured 5,700 exhibitors from 62 countries.

While the show organiser expressed satisfaction at the number of visitors coming to the fair, which was postponed from its usual timing in March to May this year due to Covid, the total figure was down on its pre-pandemic peak.

“Due to the Covid peak in the first quarter of the year we had to postpone all our spring trade fairs to May and June and/or call them off completely,” explained Erhard Wienkamp, managing director at Messe Düsseldorf.

Continuing he said, “At this juncture we would like to explicitly thank our exhibitors and visitors for endorsing the postponement to May and for backing ProWein! Obviously, their commitment has paid off – because there are numerous concluded business deals reported by exhibitors.”

Michael Degen, executive director Messe Düsseldorf added, “ProWein is the only international trade fair that covers the complete world market. Correspondingly international are the visitors: two thirds of the  38,000 professionals from specialist retail, food retail and hospitality who travelled to ProWein to Düsseldorf, come from abroad.”

Commenting on the show from an exhibitor perspective, VDP managing director Theresa Olkus, said, “After two years of pandemic there were fewer but very interested and above all selected, high-quality trade visitors at the trade fair so there was more room and more time for in-depth conversations.”

She added, “What remains in the end, however, is that despite a lot of change and the creativity required for new concepts, personal contact is irreplaceable and that the reunion of VDP vintners with international friends on German soil is centrestage.”

The next ProWein will again return to its traditional dates, from 19 to 21 March 2023. Until then ProWein’s international spin-offs are going ahead, including: