Though the “sunlit uplands” promised by Brexit are proving elusive, at least its “crowning glory” will keep the thirst for nostalgia quenched. 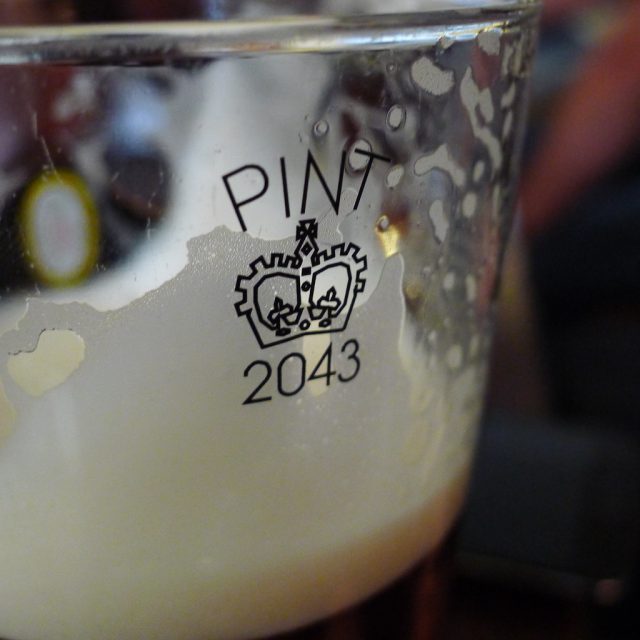 It’s a story which has been rumbling on for years now, but now the Prime Minister has allegedly promised to return the crown symbol to British pint glasses in time for the Queen’s Platinum Jubilee. But the policy raises questions about whether the European Union actually forbade it in the first place.

The Mail Online said that in 2004 the “EU Measuring Instruments directive required use of the EU-wide ‘CE mark’ to demonstrate conformity with EU rules”. The CE stands for “Conformité Européenne”, and was meant to apply to manufacturers producing all kinds of goods, including drinking glasses with a “capacity serving measure”.

However, earlier this year the promise of crowns on pints was floated again. At the time a European Commission spokesperson told the BBC: “EU law does not prevent markings from being placed on products, so long as it does not overlap or be confused with the CE mark.”

Crown stamps originated in the late 17th century and were a mark to show that the glass in question could contain 20 British fluid ounces. The number underneath the crown refers to the designated weights and measures inspector who checked the particular factory of origin.

Despite the EU’s preference for metric, the United Kingdom has always been able to use imperial measurements – from pints in pubs to miles on roads. Under the EU’s 2004 directive (implemented in 2006), glasses manufactured after this point could still have the crown symbol on, but it became purely decorative rather than an indicator of the glass being verified as a 568ml container.

But now that Britain has regained its sovereignty and left European bureaucracy behind, is the crown stamp going to stamp out the remaining red tape? No. From 1 January 2023, goods placed on the British market must have United Kingdom Conformity Assessed/UKCA mark. This includes glasses used in licensed establishments to sell by measurements.

Beer glasses aren’t the only pint-sized controversy to embroil the drinks industry due to Brexit – smaller Champagne bottles continue to inflame debate.