Crémant de Bourgogne is looking to boost its footprint in the UK market, admitting that the failure of its sparkling wines to gain traction in the UK market – the region’s most important market for still wines – was ‘an anomaly’. 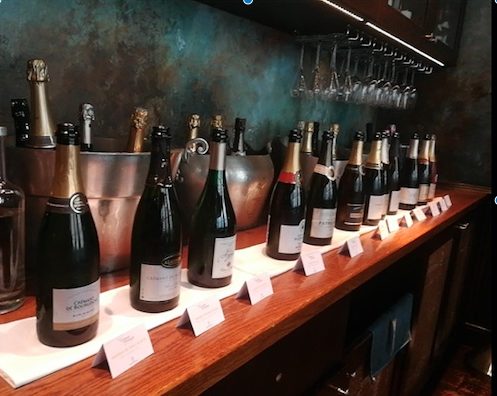 Last year, the region sold 28m bottles of Crémant de Bourgogne – a rise of 1.7 million bottles compared to the previous year, taking it to 10.6million bottles in total,  its highest volume sold, up from only 2.8million bottles in 2005. Around 45% of the volume is exported, but producers are determined to see this increase.

Speaking at a recent press event in London, Edward Cassanet, president of the Union des Producteurs and Elaborateurs of Crémant de Bourgogne (UPECB) and director of Cave de Lugny (one of Bourgogne’s largest wine producers, which is responsible for one third of the production in the Mâconnais), said there was great scope in the UK market.

“Everywhere, sparkling demand has increased and people are looking for other sparkling wines to try,” Cassanet said. “They want to discover more complexity and different wine styles.”

Although the name of the AOC was officially born in 1975, the production of traditional method Crémant in the region dates back more than 200 years, with production spanning from Chablis in the north down to the border with Beaujolais in the south. This broad region comprises a huge diversity of the terroirs, resulting in great variety of styles across the AOC – ranging from the Pinot Noir influence sparking wines in the north, to the more Chardonnay-dominated blends in the south. Gamay and Aligoté, which are native to the region, are also permitted in the blend, with all grapes being handpicked, and processed in the classic method, following by a minimum of 9 months ageing in the bottle – although this is often extended to around 2-3 years.

The aim is to grow UK exports to around 1 million bottles over the next two years, building on the strong reputation that the region already enjoys on the UK market.

“There are eight regions in France who offer Crémant but being Crémant de Bourgogne helps us as it is so well known and a guarantee of quality, so it offers security to the consumer,” he says.

Indeed one of the key barriers that has held it back has not been competition with other Crémant producing regions, but with the success of Burgundy wine itself.

As Cassanet explains, “There is the capacity to produce Crémant all over Bourgogne, but it is in competition with the other AOC’s.”

Cave de Lugny has increased production in the last ten years, but Cassanet admits that it hard to juggle the demands, particularly with the success of its other AOC wine. This is likely to become more difficult due to last year’s low yields, but the impact of this won’t be seen in Crémant until 2023 – and Cassanet remains remains optimistic, pointing out that Crémant enjoys a sweet spot price-wise at around £15, in between Champagne and Prosecco or Cava.

However, Cassanet insists that now is a good time to grow sales in the UK market as there is considerable demand for Crémant from distributors, particularly in the off-trade – Majestic for example last year increased its range of Crémants, with Waitrose also offering a strong range – on the back of the success of Prosecco.

“We want to surf that wave,” he said.