The Coop has expanded its range of rosé wines in the run up to summer, and is looking to convert all of its South American wines to Fairtrade over the next few years. 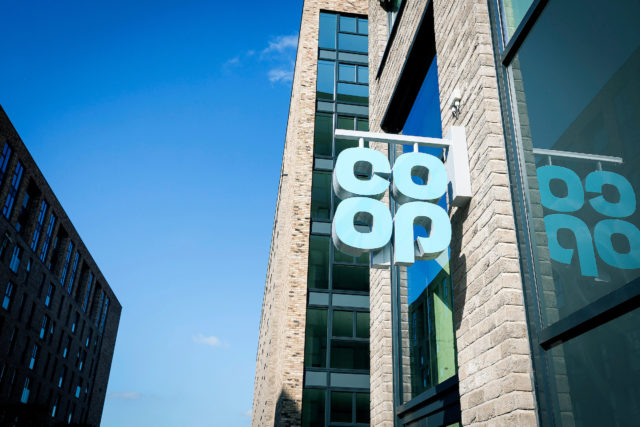 Speaking to the drinks business at a recent press tasting, head of beers, wine, spirits and soft drinks at the Coop, Simon Cairns said that the team had brought in not only drier styles, but also more diversity outside France and California, that could hit the £6-8 price point, as household spending continued to feel the squeeze, without compromising sustainable principles.

The retailer traditionally overtrades in rosé – the category’s market share lies around 9.4% compared to 9% of its wider wine market share – for as Cairns points out “a lot of  our offer is chilled, so anything that goes in the chillers performs very well for us” – but whereas traditionally convenience has always been driven by sweeter style, such as Californian branded rosé, the team have aimed to broaden this repertoire.

“We’ve been seeing the last few years is double digit growth on rosé, especially those drier styles, but th challenge we’ve had has been the supply out of California due to shipping delays, which is a challenge for the whole rosé sector,” he says. “But we’ve brought in some interesting, drier style – it’s not just Provence style, there are some interesting wines from Italy, Hungary, and South America.”

Cairns added that this also helped in response to the squeeze on household spending, by ensuring good quality and value at every price point.

“Provence style rosé is probably out of the price bracket that some people can spend – so what we’re tying to do is focus on the quality between £6-8£ in single bottles and even when you get into that sweet spot, there are some amazing well-made  wines at that price point,” Cairns explains. “And you don’t’ have to comprise those more sustainable principles – you can get some really good Fairtrade wine for example, organic or dry farmed wines, so it’s a bit more sustainable as well.”

New wines include a BDX Revolution cabernet franc rosé from made by one of Australia’s most respected and award winning winemakers, and the founder of Cloudy Bay, David Hohnen (RRP£8.50), four new Provence rosés including a Chateau du Rouet Provence rosé 2021 (RRP £8.50), and Mirabeau X rosé (RRP: £12) and Irresistible Solo Rosé (RRP £7.25), a pale-dry Spanish rosé hand-harvested from bush vine Garnacha, an Italian rosé from Bardolino,  Tommasi Rosé 2021 (RRP £10), a Fairtrade rosé from Salta in Argentina by Fincas las Moras (RRP: £7.25) and one from Stellenbosch, Welmoed Rosé 2021 (RRP: £7.00) and Babich Rosé, from Hawkes Bay (RRP: 9.00)

Having converted all of its South African range earlier this year, the team is eyeing up further expansion of the Fairtrade range, to expand the range of FT wines it offers, focusing on South America. It is already working with Grupo Peñaflor and longstanding partner, La Riojana in Argentina.

“What’s interesting is that historically a lot of the volumes of Fairtrade has been on entry level, but now we are seeing some real quality coming through, sourced from credible producer and regions where you can get some really interesting wines,” he said.

“I think the future of Fairtrade looks brighter purely because the price point has started to expand and the quality has started to really take off.”

While £6-8 is the “sweet spot” for convenience and its focus on everyday wines, Cairns says there is now more credible Fairtrade wine to be found at the £10 price bracket, which gives some much needed aspiration, indicating that there is now greater realisation among growers that the way that you reward your farmers results in better quality of wine.

“It has taken a while to get momentum going but once you do, you start to see what we’re seeing now. It’s the results of 11 years of working with growers and farmers and encouraging them that there is a real benefit of working with us long term and improving farming practises,” he says.

“The quality has to be there but there’s a bit of reassurance that it’s a longer-term investment for all parties,” he explains. “And with the scale that we now have with our total Fairtrade offer, there’s an inherent trust we’ve build up over the industry, so it gives us the credentials to approach a producer.”

He points to a project in Salta, in the mountainous region in northwest Argentina that was started with Grupo Penaflor a few years ago is starting to gain maturity and momentum.

Edward Robinson, the buyer responsible for Fairtrade, admits that one of the challenges is the lack of resonance that Fairtrade has in South American countries compared to the Benelux countries, Scandinavia, and the UK, where it appears to be gaining traction among consumers.

“Their knee-jerk reaction is often why? It’ll cost money for the audit and they don’t get it, so there is a learning process and it takes trust. South Africa is a few years ahead but then South America is a different country, different economy, and a different mindset,” he explains.

As well as offering benefits to the growers, there are “immense benefits” in terms of supply chain security. “When there is a shortage, for example following the drought in South Africa, we got top priority as a long-standing partners,” he argues.