Laurent-Perrier has announced the release of Grand Siècle Iteration No. 25, the most recent of this rare prestige cuvée, created using a blend of three exceptional vintages. 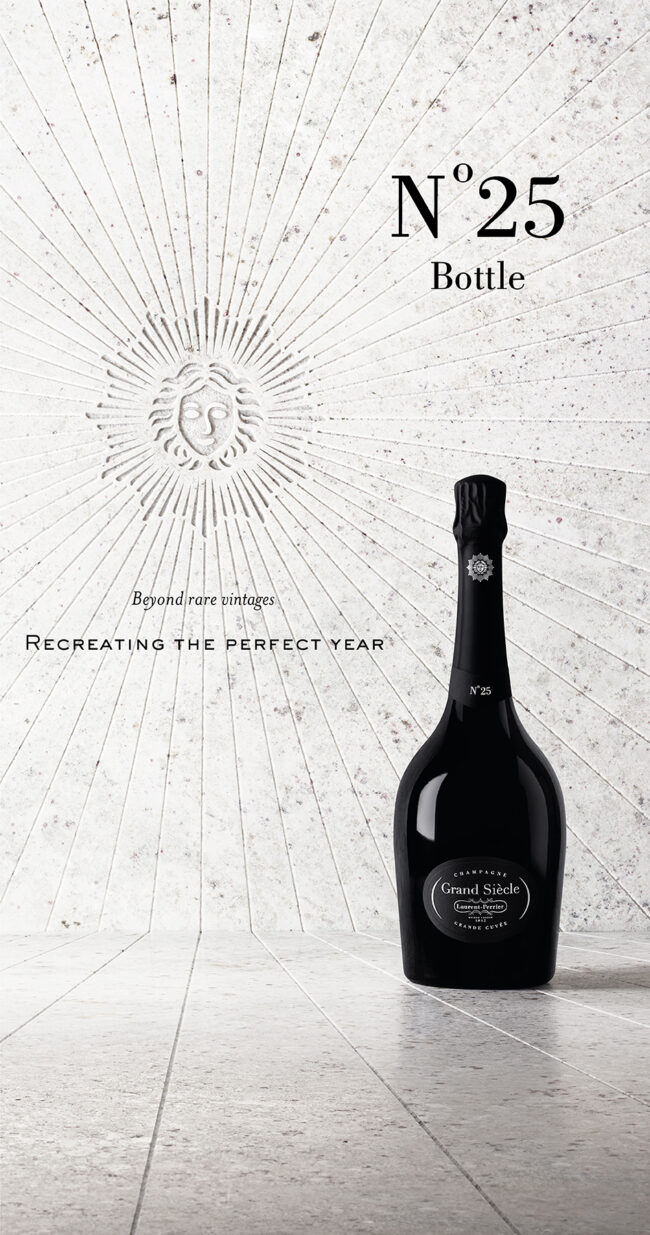 Bernard de Nonancourt, founding president of Laurent-Perrier, developed the first iteration of Grand Siècle as a solution to the variable vintages in Champagne, attempting to retain consistency in quality over time.

Grand Siècle is a blend of three vintages thought to be complementary in character.

A majority of Chardonnay supplemented by Pinot Noir, is selected from a maximum 11 of the 17 Grands Crus villages in Champagne. It is aged on its lees in the cellars for more than ten years before being disgorged.

Grand Siècle is only created when the quality of three vintages are deemed high enough to create Grand Siècle.

Laurent-Perrier has declared just 29 vintages between 1950 and 2008, while 45 have been declared within the Champagne region.

Just 25 iterations of Grand Siècle have been created since 1959.

Lucie Pereyre de Nonancourt, granddaughter of Bernard de Nonancourt who represents Grand Siècle, told the drinks business at a vertical tasting held by Laurent-Perrier that the task in creating the latest iteration was to “recreate the vision of my grandfather”.

She explained: “Grand Siècle is named after one of the most influential periods in French history – the Great Century – when Louis XIV at Versailles had the vision of how to sublimate nature to create something exceptional – the most illustrative examples being the gardens and fountains.

“Grand Siècle, like Versailles, is the result of harnessing the elements of nature to produce a prestige cuvée like no other. Iteration No. 25 is a truly remarkable champagne, the perfect reflection of my grandfather’s vision, and his legacy to recreate the perfect year.”

Laurent-Perrier has been developing Grand Siècle since 1959, but 2019 was the first year that the iteration number was marked on the bottle.

Originally seen as a constraint in being a solution to the issue of inconsistent vintages, Grand Siècle is the Champagne house’s attempt to highlight the quality potential of blended wines using highly selective parcels and only the best vintages.