En primeur 2021: Margaux is ‘the most exciting and divisive’ appellation this vintage

As I wrote on the train back from Bordeaux with the taste of grape-skins still fresh on my palate, 2021 is a vintage born in climatic conditions that have reinforced the stylistic move towards a ‘new classicism’. That is nowhere more true than in Margaux. It seems somehow fitting, then, that I start my appellation-by-appellation tour of the vintage here. 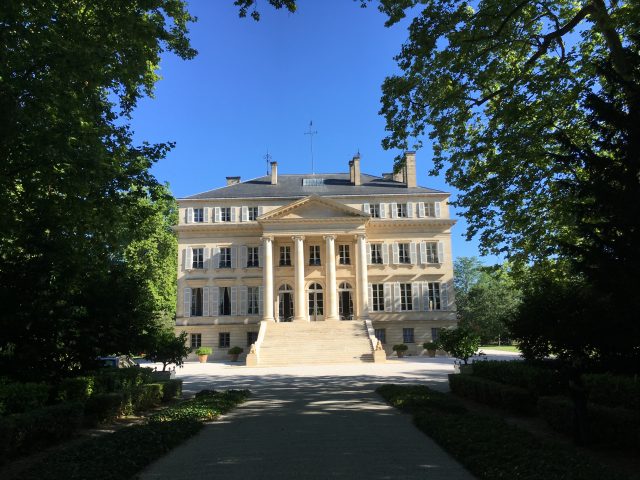 For it is Margaux above all that has been in vanguard of the new classicism that I see so evidently and vividly expressed in this vintage. And, unremarkably perhaps, it is in the wines of Margaux that is it most evident – in its beautiful cool summer variant – in 2021. Finally, and no less crucially, Margaux is also the appellation whose terroir-typicity and natural vineyard characteristics are most reinforced and accentuated by the return to the elegance, finesse and precision that are it very watchwords.

Margaux was the left-bank appellation most marked by the influence of Robert Parker. It is hardly surprising that the post-Parker recalibration – and the studied return to authenticity and terroir expressivity that it has brought – should mark it no less profoundly.

In the 2021 vintage this new classicism is characterised for me by wines that are “aromatically expressive, bright, fresh, luminous, energetic, lithe and sinuous, elegant, refined and more thoroughly expressive of both their individual terroirs and their appellation. They are not structurally massive, they are not highly extracted, they are accessible already, they are not as dense and compact in the mid-palate as the three previous vintages, they are not obviously sweet, they are characterised by their often fresh and crunchy cool-vintage fruit and they exhibit very little trace of the wood in which they are currently being aged”. Those words apply across the region; but they apply most of all to Margaux.

That makes Margaux, for me at least, the most exciting appellation in the vintage. It is likely also to be the most divisive.

Interestingly, and despite the sheer size, diversity and uneven quality of its terroirs, I also find it one of the most homogenous. But that is no accident either. There are in fact two factors at work here – the first climatic, the second stylistic.

First as the data makes clear, amongst the leading Bordeaux appellations, Margaux has the highest overall yield relative to the 10-year average. Quite simply, it suffered a little less – and that has undoubtedly contributed to its success.

But perhaps more significantly still, Margaux is for me the appellation in which the stylistic embrace of the new classicism and the characteristics of the vintage align most closely – with wine-makers happier, in a way, to sacrifice a little mid-palate concentration, depth and raw power for aromaticity, elegance, finesse and precision. Where they have done so, their wines shine.

In the end that is what makes these wines so exciting for me. But it is also like to render them more divisive amongst the critics – and I detect already a certain difference in opinion between anglophone and francophone palates here.

This is not just a question of style, however. For Margaux is also at the vanguard of another trend – the move towards organic, biodynamic and, above all and more broadly, sustainable viticulture. That, too, influences profoundly the characteristics of the wine in the glass – and in ways that reinforce the stylistic (re)turn to classicism.

So what of the wines themselves?

The star of the appellation is, unremarkably, Margaux itself. This is a glorious and gracious wine of ethereal beauty and elegance characterised by its radiantly bright pure fruit. The calm tranquillity of its cool summer Cabernet Sauvignon (87% of the final blend) is truly captivating. Palmer, too, is brilliant – a vivid, vibrant and kaleidoscopic wine that shows what can be done with top terroir Merlot in biodynamic viticulture even in a vintage such as this.

Durfort-Vivens remains, for me, perhaps the least appreciated wine of the entire Médoc. Since at least 2015, under the direction of Gonzague Lurton and the guidance of Eric Boissenot, it has produced a fabulous succession of wines that seem, to me at least, ever more profound in the context of their respective vintages. 2021 continues that trend and is an object-lesson in the new classicism I have been describing.

Rauzan-Ségla has, once again, produced an exceptional wine that, in keeping with the vintage, is perhaps a little more floral at this stage than is usual – but, as ever, texturally sublime. Brane Cantenac, too, continues in its rich vein of recent form, making a 2021 which (by virtue of the inherent gentleness of its R’Pulse system of extraction) is unusually dense and compact in the mid-palate for the vintage and yet supremely svelte and gentle. Those anxious about the vintage’s comparative lack of concentration need have no qualms here.

We come next to two of the newly resurgent stars of the appellation, d’Issan and Cantenac Brown. Both made excellent wines in 2020 and both, for me, have continued their steep upward progression in 2021. D’Issan has made one of the most elegant, stylish, refined and ethereal wines of the vintage. It is, in a sense, more slender and lighter in style than many, but it is seems to capture for me the very essence of cool summer new classicism. I simply love it and it is one of the revelations of the vintage for me. Cantenac Brown is perhaps a more conventional crowd pleaser – a very fine, classic and authentic expression of its terroir and the appellation and, certainly in the context of the vintage, the best wine made here in the time I have been tasting en primeur.

There are plenty of other highlights (as the extensive tasting notes here make clear). But it is good to conclude on potential value for money.

Here too Margaux has much to offer. Arguably most of its wines tend to be somewhat undervalued relative to their qualitative peers. But most striking of all in 2021 are the trio of Ferrière, Monbrison and Siran.

Ferrière is, of course, a third growth. It is now, once again, making wine befitting of that status – but at the price of a non-classed growth; Siran probably should have been classified (at around the same level), but wasn’t because of an historical accident; and Monbrison, in this vintage at least, has made a wine of classed growth quality. Needless to say, all three are highly recommended.