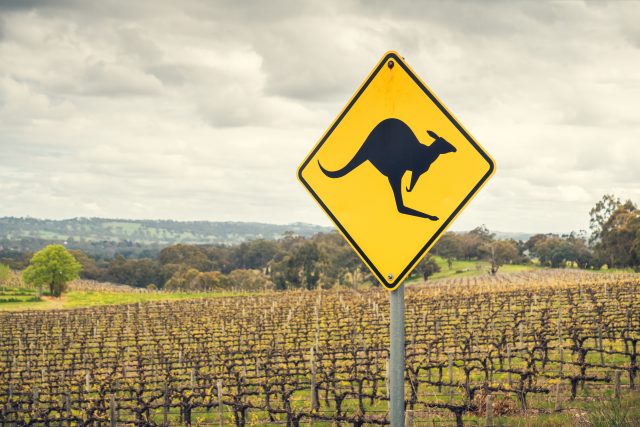 Exports of Australian wine hit AUS$2.05 billion in the year to March 2022, the latest Export Report revealed, a fall of 26%, with volumes also down 13% in volume to 628 million litres.

Most of this decline was contributed to the tariffs that China imposed on imports of bottled Australian wine in November 2020, which saw a loss of AUS$844 million. Australia general manager corporate affairs and regulation Rachel Triggs said while the increase in value excluding mainland China was strong at AUS$129 million, it did not come close to offsetting the loss of exports to mainland China.

Excluding the impact of Chinese sales portrayed a slightly  rosier pictures, with exports to all countries excluding mainland China seeing growth of 7% in value terms to AUS$2.03 billion – the highest value since 2010 – on volumes that fell 3%.

These volume declines came from two of Australia’s biggest markets, the UK and US, largely as the soaring demand seen during the pandemic eased following a relaxation of restrictions, notably exports valued under AUS$10 per litre.

Meanwhile, exports to the US declined 4% in value to AUS$416 million and 5% in volume to 127 million litres (equivalent to 14 million 9-litre cases). Around three-quarters of the value shipped to the US was priced below AUS$5 per litre, and the 10% decline in this segment, to AUS$325 million failed to be offset by growth in wines priced above AUS$5 or more per litre, notably the 37% increase of wines priced at AUS$10 FOB or more per litre, which reached its highest level since 2009 at AUS$53 million.

Triggs pointed out the “exceptionally challenging operating environment”, including the ongoing global freight crisis, which is not expected to be resolved until the second half of 2022 “at the earliest”.

“Low inventory after three small consecutive vintages and delays in getting the record 2021 vintage onto ships from the ongoing global freight crisis also contributed to the decline in volume of wine exports,” she said.

However, 71 of the 112 markets that Australian exporters shipped to saw value growth, and Triggs pointed out some positive, notably that producers efforts to diversify and intensify some markets was beginning to reap rewards for Australian wine exporters.

Excluding China, for example, exports of wines costing more than AUS$10 per litre grew by 47%, with 58 out of 89 destinations receiving exports in this price segment reporting growth during the year.

“With the easing of COVID-19 restrictions, we’re seeing the on-premise trade open up in established markets and that has had an impact as demand stabilises,” Triggs said.

These destinations included Singapore, Hong Kong, Thailand, the US, the UK, South Korea and Taiwan, she said.

The top five markets by volume are: