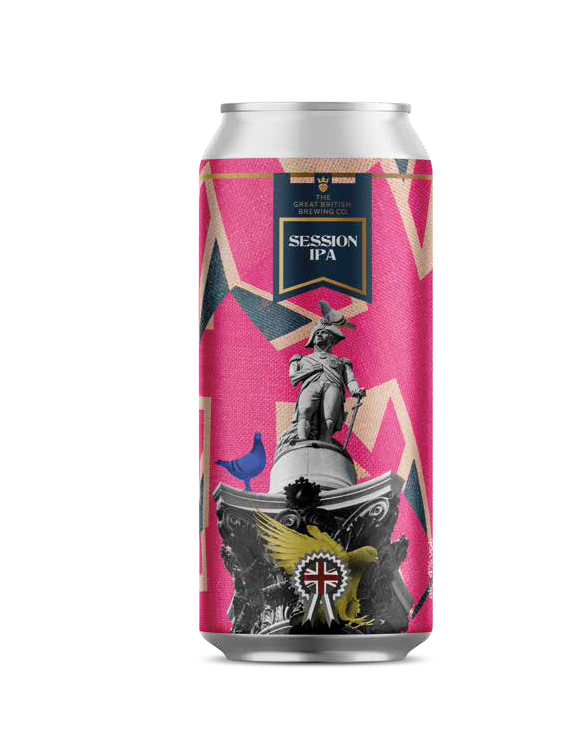 The four 440ml canned beers are priced at £1.69 each. The range is designed to suit all beer-loving palates, with a choice of Session IPA, Session Pale Ale, British Ale and British Lager.

Packaging for the limited edition brews takes inspiration from quintessentially British imagery, including Big Ben, a Tower of London Guard, Nelson on his Column, and the Queen’s Corgis.

The beers have been released in time for the Queen’s Jubilee weekend celebrations, set to take place over a four-day bank holiday weekend from 2 June.

A session IPA featuring an image of Nelson’s Column, commemorating the Admiral’s victory at the Battle of Trafalgar, is included in the range.

Aldi’s new session pale ale has been designed with the Queen’s favourite dogs, her prize Corgis, crowned on the front.

Big Ben also features on the supermarket’s British lager. The brew contains just four ingredients, and is said to “boast a light, crisp and hoppy flavour, the perfect BBQ tipple,” according to an Aldi press release.

The final offering in the range is a hybrid-style British ale, brewed with lager yeast but at ale temperatures. The can’s design features a large Union Jack and Tower of London Guard.

Aldi’s new limited edition Platinum Jubilee beers will be on sale from 26 May, but shoppers will need to be quick to get their hands on the range, as once they’re gone, they’re gone.

The supermarket decided to launch the new range to satisfy the nation’s beer lovers on one of the most celebratory weekends of the year. Beer sales are set to return to pre-pandemic levels in the UK, with 4.6 billion litres of beer sold in 2021, up 13% from 2020, according to new research. Read more on that here.