A new poll has revealed that 89% of British consumers want plastic pint cups banned in an effort to protect the environment. 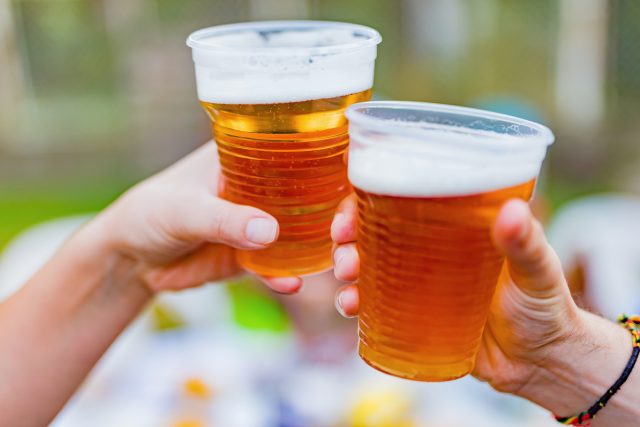 The poll, which was conducted by Yonder on behalf of A Plastic Planet, also revealed 75% of Brits believe plastic pint cups “cheapen the experience” of enjoying their favourite beer.

The survey, which was carried out across 2,073 people in Britain last month, showed that despite hospitality venues doing what they could to accommodate social distancing needs and ventilation, by moving more people outside it also caused extra issues on the eco-front.

One publican, who asked to remain unnamed, said: “Our industry has had to roll with the punches – from the smoking ban leading us to put up shelters outdoors right through to the pandemic, the places that have been able to keep their businesses afloat have done it through sheer determination and hard work to give people what they want and need. Although this poll is fair and in line with where we are ecologically, it also shows that pubs and bars up and down the country really need the sector to provide a better solution – for us, our customers and for the planet. We banned single use plastic straws a while ago, but if people want to be outside with their drinks, some councils are forcing the use of plastic for drinks. Tell us what to do. We want to do the right thing, but shouldn’t have to suffer being boycotted for trying to follow regulations. We’re caught between a rock and a hard place here.”

The polling coincides with the recent publication of an open letter echoing the British public’s calls for a ban on plastic pint cups with many people backing A Plastic Planet’s ‘Plastic Free Pint’ campaign as part of the movement.

Richard Dilley, co-founder of Really Good Beer Society, and Liberal Democrat Peer and member of the Beer All-Party Parliamentary Group Lord Jones of Cheltenham have backed the campaign in the open letter.

The letter said: “In Britain the plastic pint cup is one of the worst offenders when it comes to the ugly scourge of waste. Rarely recycled and totally valueless, they remain strewn across the landscape in the aftermath of big nights out, music festivals and sporting events. Plastic pint cups too taint the experience of buying a round. Britons are routinely charged £7 for a pint of beer. And yet consumers are forced to drink their expensive purchase out of a cheap plastic cup that often ruins the taste.”

In Chiara Badiali and Chris Johnson’s ‘Show Must Go On Report, Vision: 2025’ the general public were reminded how the UK hosts more than 7,000 outdoor events that are attended by around 85 million people each year with the majority purchasing a drink served in a plastic cup. This goes some way to shining a light on the problem. As a nation, we have a culture of fixing one problem but causing another and to some degree, while many pubs will be seen to be in the firing line, in truth, festivals have a long history of handing out single-use plastic cups.

According to the poll, the strongest support for a plastic cup ban could be found in the North East, with 95% wanting plastic pint cups completely outlawed, followed by a really strong response from Yorkshire (94%) who also agreed they should go. Out of the respondants living in Scotland (92%) believed that the plastic cup needed to be totally banned.

The findings show that people in the UK are also really interested in quality and flavour and are not willing to compromise on the taint or image that plastic gives to drinks they have ordered. Geographically, the highest agreement from respondents that a plastic cup ruins the taste of beer could be found in the East (84%), followed by the North West (79%) and the West Midlands (79%) where beer and the brewers creating the beers were upheld as deserving “better than this”.

With beer prices skyrocketing A Plastic Planet warned the environmental impact of the cup leaves little value for money for both customers and the planet and reminded that there is a hefty price being paid all round for this kind of convenience.

A Plastic Planet co-founder Sian Sutherland explained: “The British public and the planet are being short-changed when it comes to the plastic pint cup. Totally valueless, those paying hard-earned cash deserve better. We are actually paying twice – once for the plastic pint and then the heaviest price of all – the environmental devastation caused by this toxic and indestructible material. This double whammy is simply wrong.”

Sutherland added: “We’ve seen before the unsightly scenes when thousands of plastic pint cups are left behind in the wake of music festivals and live events, but these are rarely going to be collected and processed. With plastic recycling rates so low in the UK, it is no longer acceptable for us to allow such single use items to exist. The public agrees too. The Government must therefore act urgently and bring an end to the plastic pint cup for good.”