Researchers from Yale School of Medicine were not aiming to establish treatments for Covid patients suffering from anosmia when they began their research into viral load, but surprising results from their study may have uncovered a drug that prevents loss of taste and smell. 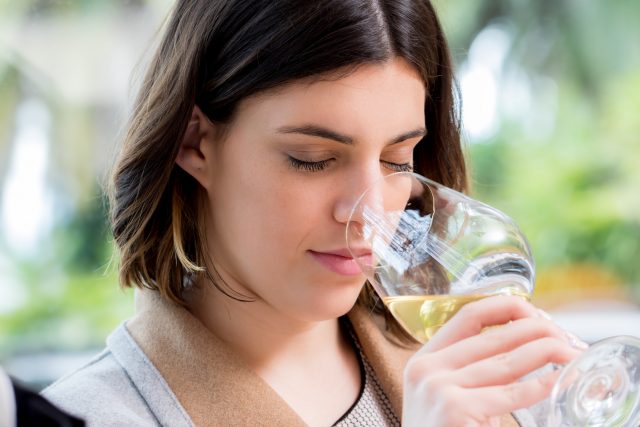 It’s a symptom that has become synonymous with Covid infection over the course of the coronavirus pandemic, often used as an indicative symptom that one may be positive for the virus (though recent research appears to confirm that this is less common with the now-prevalent Omicron variant).

A report from Wired last year saw a sommelier liken the symptom to a star athlete sustaining a serious injury, and it’s not hard to understand why. Industry professionals rely on their noses and palates when tasting wines, recommending pairings and, of course, for their own enjoyment of one of life’s great pleasures: food and wine.

That’s why the new study from Yale researchers is so exciting – initial findings seem to indicate that a drug typically used to treat pancreatitis, camostat mesylate, is effective in preventing loss of taste and smell in Covid patients.

The initial purpose of the study, which has not yet been published in a peer-reviewed journal, was to explore camostat mesylate’s potential for reducing the viral load of SARS-CoV-2 and improve symptoms among those who had been newly diagnosed as positive for the virus.

Though the study found that the drug appeared to do little to reduce viral load, authors did note a surprising benefit they had not anticipated. “The patients who received the drug didn’t lose any sense of smell or taste. That was a ‘wow’ factor,” said lead researcher Dr. Joseph Vinetz, MD.

The clinical trial involved 70 patients who tested positive for Covid within three days of commencing the study. They took the medication four times a day for seven days.

Though the trial was halted once it became clear that camostat mesylate did not appear to reduce viral load in Covid patients, the researchers believe that their findings as it pertains to anosmia (the loss of smell) and loss of taste, warrant further study.

“My daughter had COVID a year ago and she still has trouble smelling and tasting things,” commented Dr. Desir. “This drug seems to be able to modulate that loss of smell and taste. It has very few side effects and has been studied extensively. This could be the type of treatment that is given to someone with COVID at the onset of the infection.”

It appeared that the drug had other potentially beneficial effects as well. Patients reported a reduction if fatigue symptoms compared to those who received a placebo.

“It wouldn’t be an expensive medication. Our idea was that everyone would take it if they were diagnosed because it’s hard to predict who will lose their sense of smell or taste, and it’s better to prevent it than to wait for it to happen,” Dr. Desir added.

See also: scientists have revealed the world’s most universally-loved smell.