Family-owned winery Joseph Castan is releasing a red and rosé Costières de Nîmes in a bottle which echoes a local symbol from the classical past. 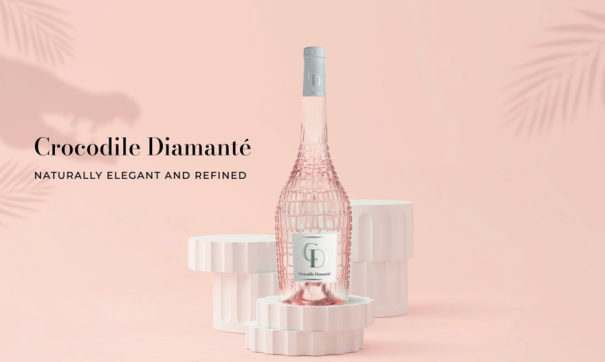 When the Ancient Romans developed the settlement “Colonia Nemausus”, which would become Nîmes, they chose as its emblem a Nile Crocodile chained to a palm tree. The symbol commemorates the Emperor Augustus, who fortified the city, and his victory over Mark Antony and Cleopatra in Egypt. Despite large reptiles not being native to Southern France, the crocodile has remained on the Nîmes coat of arms.

The bottle for this new release pays homage to the scaly creature which adorns the insignia of Nîmes. Vianney Castan co-founded Joseph Castan with his wife Emilie in 2007. The crocodile skin pattern was designed by Castan and realised in glass by bottle manufacturer OI.

The bottle is sealed by a sustainably sourced natural cork stopper and, despite the design harking back two millennia, the back label has a modern QR code leading to a webpage on the producer.

Greg Wilkins from Brand Phoenix (the exclusive representative for the wines in Great Britain and Ireland) said that “Côtes de Provence consumers are starting to diversify and to look for light pink fresh wines grown in different regions that are interesting, both for the wines themselves and for the packaging”.

A blend of Syrah and Grenache, the 2021 rosé offers red fruits and white flowers on the palate and provides UK consumers with “a different style”, in Wilkins’ words.

While Grenache lends an overarching roundness to the 2019 red, the Carignan is partly fermented in whole clusters to lend aromas of spice to complement those of Mourvèdre and Syrah. There has also been careful use of oak barrel maturation.

Castan notes that both wines deliver “on the promise of [their] terroir which has the same pebble-strewn soils as Châteauneuf-du-Pape”. This stony soil combined with the latitude of the Rhône’s most southerly appellation means that the grapes are able to fully ripen. Given the location of Costières de Nîmes in a delta, the crocodile motif of the bottle seems oddly apt.

Consumers will be able to snap up Crocodile Diamanté from Tesco for a RRP of £10.