Vineyards across Bordeaux, Burgundy, the Loire and Rhône are being hit with dangerously cold weather once again, just one year after spring frosts caused around €2 billion in damage to the French wine industry. 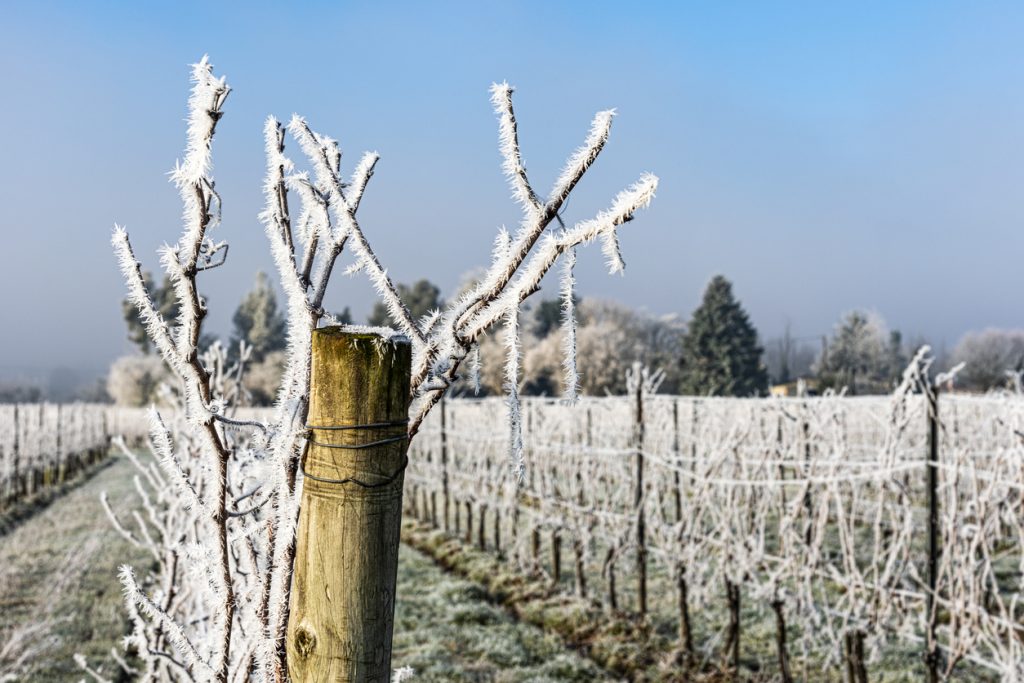 Although the lack of warm weather preceding this cold snap means that widespread bud-burst has not yet occurred in the north of France, more southerly vineyards and early budding varieties will feel the freeze.

Fortunately, drought in parts of the country’s south east has delayed bud-burst, reducing the risk posed by the cold weather to vulnerable vines.

The Gironde has escaped the worst of it in Nouvelle Aquitaine, with neighbouring areas Creuse, Corrèze, Haute-Vienne and Pyrénées-Atlantiques placed on orange alert for snow and ice. However, Sauternes is braced for further cold nights, with the mercury dropping to -2 and -3°C.

Meteorologists have suggested that strong winds coming from the Atlantic are an advantage, as they should create the conditions to prevent frost from forming – though there is still a pronounced risk.

Meanwhile, in Chablis the night time temperature of -4°C is expected to cause problems down the line when the harvest comes. Doctor of agrometeorology Serge Zaka told Vitisphere that the percentage of grapes lost would depend on the extent of the anti-frost measures taken.

With no measures taken, a 62% loss can be anticipated, but “this estimate drops to 40% with fixed and mobile heating towers. They will be less effective due to the wind and cold air at altitude…”

“…With candles, winegrowers will be able to reduce losses to 20%.”

Images of French vineyards lit up by candles have received much attention from international media, with shots from Pomerol and Chinon demonstrating the sheer number of candles needed to warm the vines.

Slightly warmer conditions in the Loire will mean that, though its vines are at the same stage as those in Chablis, losses should be less severe.

Dormant vines in Champagne and Alsace puts vineyards in these regions at a much lower risk.

Southern France has not escaped unscathed. In Gigondas AOC in the southern Rhône there have been reports of snow, and cold winds have been felt throughout the region, with @mattwallswine tweeting on 2 April: “Most vicious mistral I’ve ever felt blasting through Châteauneuf today. Not in speed but so bitterly cold”.

Calls to reform crop insurance in France have grown due to the increasing frequency of adverse weather conditions. Further conversations surrounding the issue of rising insurance costs can be anticipated in the aftermath of this latest cold spell.