Chablis – the threat from recurring frosts should not be ignored

Chablis volumes are under pressure as mild weather early in the year followed by spring frosts are becoming a recurrent trend. 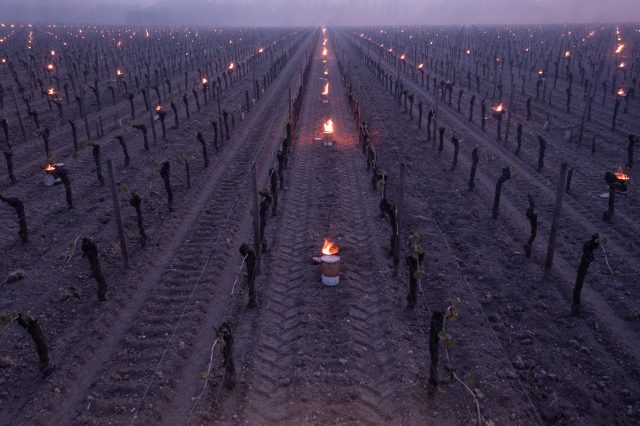 Both last year and this year, winemakers and winery workers from northeast Burgundy had to rush out and place hundreds of candles across vineyards before daybreak to warm the vines and prevent the destruction of already well-developed shoots by temperatures that had plunged below freezing, Reuters confirmed.

Domaine Ventoura winemaker Thomas Ventoura, who has vineyards in the Yonne region of Burgundy, said: “Since 2016, there have been three big frosts. We’re now starting to wonder about the future of our business at this time of the year.”

The change in weather pattern is also reportedly pushing up his insurance coverage for loss of harvest, Ventoura explained. In Yonne, two thirds of the harvest was reportedly destroyed as a result of the frost last year, according to the farm ministry.

Chambre d’Agriculture viticulture adviser Mathilde Civet said: “There’s a lot to be done in changing viticulture practises… in the context of climate change” and explained “the recent episodes of drought and frosts have been a wake-up call for some, but in previous years there was a sort of denial” admitting that this is a big problem for the industry.

Even though, according to Civet, some winemakers are joining forces to invest in new tools like heating cables to help mitigate the effects of frosts, the sector is still reluctant to face up to the fact that the impact of climate change could be long lasting.

For Chablis, with many winemakers hoping the situation goes away without any intervention, this inaction and paralysis is, according to Civet, the very thing that could lead to its extinction. The more winemakers who fight the cause for limiting climate affecting factors, the better for the industry as a whole.