A selection of Asia’s top bartenders are set to be taking guest posts at some of Bangkok’s best bars next week and mixing drinks for locals. 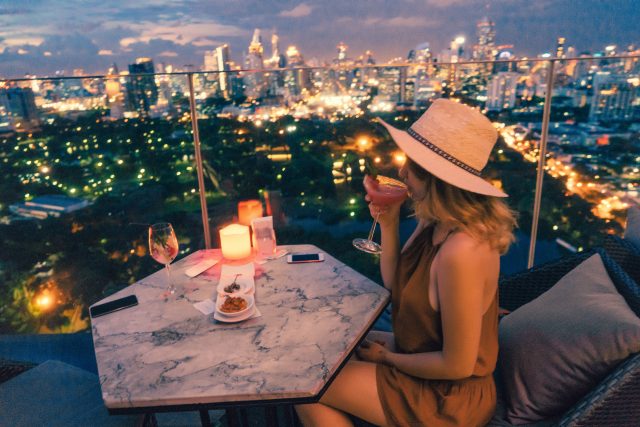 Drinkers in Bangkok can get a taste of their expertise by visiting bars where some of the most skilled barkeeps will be popping up on shifts around the city following a set of planned visitations going live across Bangkok local sites.

On 25 April, Home Cocktail Bar from Delhi is due to take over Independence Bar, which is the newest bar from the team behind Teens of Thailand and Asia Today. Additionally, American craft cocktail bar The Diplomat from Hong Kong are going to appear at Thonglor’s Find The Locker Room for interested cocktail fans in the area looking for where to settle for a night of top notch drinks.

On 26 April, Malaysia’s Backdoor Bodega will be taking over Rabbit Hole, plus the team from Manhattan Bar from Singapore will be popping up at Phloen Chit speakeasy Lennon’s and the Alice in Wonderland-themed bar from South Korea has revealed its plan to emerge over at ABar Rooftop.

According to the locals, Eric Sabloniere is set to take over Chinatown’s Opium Bar and Australia’s Maybe Sammy is reportedly due to join with its sister bar Dean & Nancy on 22 to take over Soi Convent’s Vesper. Other happenings include the Potato Head Beach Club takeover at Tropic City and, from 8pm to midnight, Soi Nana’s bars are splitting two guest shifts.

‘Reservation only’ Sago House from Singapore is also set to bring its cocktail prowess to Teens of Thailand, accompanied by another guest shift by Adrian Besa from Mandarin Oriental, Singapore. Or locals can order a raft of exciting new drinks from Singapore The Ritz-Carlton’s Republic Bar at Asia Today, and also two other bars from Singapore – Native Bar and Analogue Bar which will also be mixing  drinks for interested parties looking to drop by and try something new. Also on the 26 April there is a rum and whisky night at Tax with Singapore’s rum-focused Cocktail Pub Sugarhall and Southeast Asia’s Dewar’s whisky ambassador Daniel E is set to be in residence too.

On 27 April, South Korea’s Southside Parlor is due to take over Charoenkrung’s tropical bar Tropic City. Plus, a variety of cocktails inspired by Alfonso X of Castile, the 13th-century Spanish monarch who allegedly invented tapas are rumoured to be available by The Wise King Bar via Hong Kong at Firefly Bar inside the Sindhorn Kempinski Hotel.

Cocktail fans can also head to Rosewood Hong Kong, home of DarkSide Bar which serves everything dark – from dark spirits to dark chocolate – at its Bangkok counterpart in the Rosewood’s Lennon’s or taste drinks upon Singapore’s rooftop bar Smoke & Mirrors at Ms. Jiggers, a cocktail lounge inside Kimpton Maa-lai Bangkok.

On 29 April, Paradiso, from Spain brings its signature cocktails to The Loft and Singapore’s Nutmeg & Clove, Republic Bar, and Mandarin Oriental Bar is due to take over Find The Locker Room.

Chongnonsi’s Sampan Bar has been pegged to host Hong Kong’s The Wise King and Escape, a rooftop space above the EmQuartier will be opening its bar for South Korea’s Southside Parlor. Additionally, Mahaniyom, the new bar by the brains behind the now-defunct Backstage, hosts South Korea’s Zest. Alternatively, visitors can indulge at another South Korean bar in town, Bar Soko, at The House on Sathorn or Campari lovers are being encouraged to head over to Vesper and welcome Camparino in Galleria. Also, Charoenkrung’s Tropic City opens its door for Bar Tesouro from Goa, India and will be showcasing its offer to all who stop by.

On 30 April, drinkers can stay in Soi Nana the entire night hopping between four of its bars. Teens of Thailand will host The Cocktail Club (Jakarta); Asia Today will host The Elephant Room (Singapore); Tax will be taken over by Revival Bar (Singapore); and Independence Bar will have top bartender from Singapore’s Night Hawk Peter Chua in residence. Plus, for those interested in Aperol Spritz, pool, and sunset, then cocktail fans are encouraged to head over to The Okura Prestige Bangkok to experience the offer there too.