I write this on the slow train (or what passes for a slow train in France) from Paris Montparnasse to Libourne on the eve of my second significant encounter with the 2021 Bordeaux vintage. At this stage I have tasted just over 150 wines (though relatively few of the classed growths or their nearest equivalents). But I am already beginning to piece together a picture of the complex identity of this fascinating vintage. The most important pieces of that picture come from the first-hand witness testimony of those who have been forced to respond to its seemingly endless succession of challenges and from the excellent vintage report produced by Laurence Geny and Axel Marchal from the University of Bordeaux’s Institut des Sciences de la Vignes and des Vins (ISVV).+ I draw on both in what follows. 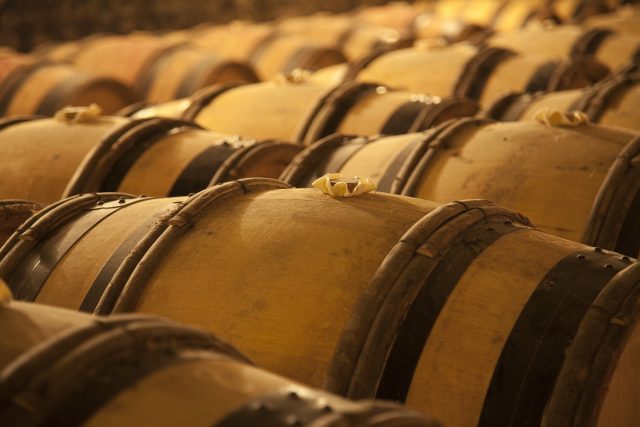 There is no escaping the fact that 2021 was a very difficult year for the vineyards of Bordeaux. Gauged simply in terms of the severity of the challenges it posed, both in the vineyard and afterwards it is close to rivalling 2013. But what is also clear is that those challenges were much more effectively managed, demonstrating once again the impressive improvement over the last decade in the collective capacity of growers and wine-makers in the region to deal with climatic adversity, notably in organic and biodynamic vineyards.

Even a handful of vintages ago, the combination of difficulties that the properties faced would have proved largely insurmountable. Yet the 2021 vintage is likely to be remembered for the quality (and perhaps also the singularity) of the wines it has produced rather than as the most recent addition to the list of vintages to be avoided.

That said, 2021 is unlikely to threaten to turn the great trio 2018-2019-2020 into a quartet. But the balance of opinion will surely judge it more favourably than 2017, despite it being born in a much more challenging set of conditions.

The meteorological score card for the vintage reads like a vigneron’s nightmare. Almost every conceivable vintage-compromising threat is present. The chronological climatic catalogue of woes includes: severe frost, mildew, coulure, excess rain, fruit set following significant rainfall, localised intense hail, brown rot, a late véraison, the continued production of foliage during and after véraison, the absence of any sustained hydric stress, a cool summer and rain during the harvest period (especially for the Merlot), more mildew, grey rot and botrytis.

You might be tempted to write off this vintage now and to stop reading. But please don’t! For my admittedly limited tastings to date suggest that impressive quality is nonetheless to be found, even if one has to sift carefully for it.

That said, a series of characteristic problems are also very present, if unevenly distributed. Unremarkably, given the weather conditions, they include: a lack of ripeness and maturity (with a significant return to the use of chaptalisation to augment alcohol levels in practically all appellations), greenness, marked acidity on the attack that is often even more noticeable (and destabilising) on the finish, dilution, a lack of mid-palate density and concentration, the sensation that the fruit (which is often bright and vibrant) is stretched over too substantial a structural frame and, in some cases, a herbal dryness at the end of the palate that comes from the poor sanitary health of the bunches (most often in wines with a higher proportion of Merlot though by no means confined to the right bank).

This, then, is a highly heterogeneous vintage – rather more so even than 2018 and 2020. It is also somewhat less predictably heterogenous. It is not simply a question of the better terroirs being better protected from nature’s excesses.

It is, in short, a vintage in which one needs a guide, ideally several. And in that respect at least the potential consumer is well served; there will be no shortage of perspectives offered on this vintage (and not all of them are likely to be positive).

The good news is that alcohol levels are low: typically between 12.5 and 13.5 degrees. But, like much else in 2021, the good news comes with a downside. For these, on the face of it, refreshingly moderate alcohol levels were often achieved after chaptalisation. In many cases the final alcohol level has been raised by a whole degree – with a maximum of 1.5 degrees permitted for the vintage in most appellations.

As Geny and Marchal’s detailed report makes clear, drawing on extensive evidence collected during the growing season by the ISVV, there are essentially five pre-conditions for a great vintage.

Needless to say, none of these conditions were present in 2021, with the partial exceptional that the Indian Summer was in fact characterised by a good contrast between day and night time temperatures.

The devil, as it so often is, in the (gory) details; and Geny and Marchal provide plenty of those details. But, without entirely sparing the gore, the story of the vintage can in fact be told quite succinctly. It goes as follows:

The ISVV’s comparative analysis of the contents of the grapes themselves (conducted each year at the end of September) is fascinating and extremely instructive. It is summarised in the table below which shows very clearly the large relative size of the grapes (particularly the Merlot), their low relative sugar content and their high relative acidity.

Table 1: Characteristics of the grapes at harvest

In general, the climatic challenges of the vintage have disadvantaged Merlot the most. We should expect, then, the right-bank to be less successful. The Pomerol plateau is an, at least partial, exception.

This is, then, largely a Cabernet vintage – with Sauvignon in the ascendancy on the left-bank, Franc on the right bank. We see elevated proportions of each in the final blends of the grands vins (with Latour and Lafite at 96% Cabernet Sauvignon; Pichon Comtesse de Lalande at 98% Cabernet Sauvignon and Franc combined and 60% Cabernet Franc in Angélus for instance).

That is partly a product of the conscious and deliberate choice to reduce the proportion of Merlot in the blend through an ultra-strict selection. But in many cases it is more simply and directly a consequence of the disproportionate loss in Merlot yields arising from its greater exposure, first, to the frosts in April and to a combination of mildew, rot and Botrytis thereafter.

This is perhaps most clearly seen in the comparative data on average yields by appellation. It is presented in the table below that I have compiled from the publicly available CIVB and French customs data.

It makes for interesting, if alarming reading. Yields are significantly down on the already modest 2020 levels in all of the leading appellations other than Margaux and St Julien (and there, only marginally so). They are also, more importantly, very significantly below the ten-year average in every appellation, without exception.

But the table also shows very clearly the highly uneven distribution of the suffering – with the Merlot-dominant right-bank and, even more so, Barsac and Sauternes being decimated by frost damage, above all.

There is a silver lining, however. And that comes in the quality of the white wines producer.

The dry white varieties (predominantly, of course, Sauvignon Blanc and Sémillon) were picked before the threat of rain in the first three weeks of September. The cool summer had served to lock in precious freshness (in the form of the vintage’s characteristic acidity) and aromatic complexity. The Sauvignon Blanc is particularly successful, the Sémillon a little less so – being somewhat more dilute on lesser and lighter terroirs in particular.

In 2021, Sauternes and Barsac are also (literal as well as figurative) sweet spots. Production was of course massively depleted due to frost and (subsequently) hail damage – with, tragically, many properties producing essentially no wine. For those with any remaining crop, Botrytis spread late due to the relatively low summer temperatures. It came after the rain of mid-September rain and spread quickly on perfectly ripe grapes with higher acidity than in previous vintages. The continuation of the Indian Summer led to an excellent concentrated of the grapes, contributing to wines with a very great potential. Most properties harvested in 2 or 3 tries (passages through the vineyard). Though the quantities are miniscule, the quality is excellent (with a fantastic combination of purity, complexity, concentration and freshness).

And what of the reds? My early, and at this stage far from exhaustive or representative, tastings suggest the following.

At their best, these wines (on both left and right-bank) are aromatically expressive, tender, bright, fresh, lithe and luminous, with some of the same characteristics as 2019 and 2020 but with the brighter, fresher croquant fruit (and perhaps the lack of concentration, too) of 2017.

At their worst, they are green, they are dry on the finish and they lack harmony. Above all, they have little in the way of mid-palate concentration and often finish short.

They seem to be most successful where, as ever, the vintage has been allowed to express itself rather than where one has the impression of a wine made with an overly preconceived idea of what it should taste like.

But, certainly when the climatic conditions are taken into consideration, there are many more successes than one would imagine possible. The perseverance, dedication and sheer skill of the wine-makers of the region is remarkable and it needs to be underscored.

These wines, in general, are accessible and will drink almost immediately. Whether and how much one loves this vintage will depend significantly on one’s preference for freshness.

As I begin an intense period of tasting, many questions remain to be answered.

Let me conclude by simply listing ten of them and by declaring my intention to return to each in the days and weeks to come.