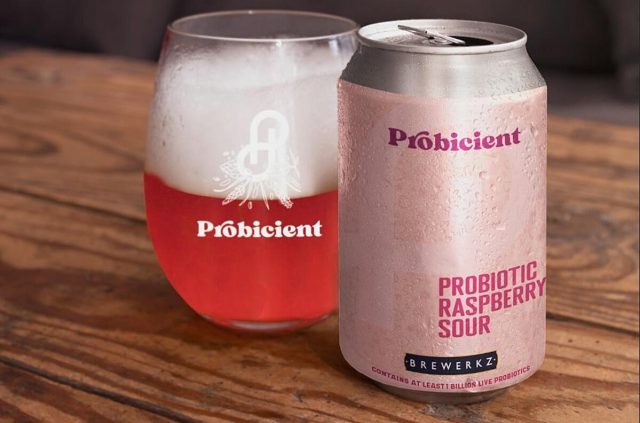 Probicient has teamed up with Brewerkz as its first brewing partner and injected more than SG$1.5 million into the development of a probiotic beer from lab-to-table.

According to the company, this probiotic beer is now ready for commercial scale-up and may soon appear in commercial breweries and micro-breweries around the world.

Probiotification of alcoholic beverages, however, is a major technological challenge. These beverages contain many intrinsic antimicrobial compounds such as ethanol, organic acids, and hops that impair the growth and survival of probiotics.

Through evidence-based research, Probicient’s technical team has ensured the probiotics’ potential to survive while maintaining the traditional methods of beer brewing.

Probicient’s IP lies in the technological breakthrough that ensures the probiotics’ survivability of 1 billion CFU, the minimum amount considered to be an effective probiotic, according to ISAPP (International Scientific Association for Probiotics and Prebiotics).

According to (ISAPP), probiotics are “live microorganisms that, when administered in adequate amounts, confer a health benefit on the host”.

Although other live microorganisms may be found in other traditionally fermented food such as kombucha, sauerkraut, and kimchi, those do not typically meet the empirical evidence level and only certain characterised strains with a scientifically validated health effect can be classified as probiotics.

The gist of Probicient lies in its distinct pairing of unique strains and patented fermentation processes as the world’s first probiotic beer.

Probicient is poised to deliver consumers a unique “healthier” beer experience, satisfying both their wellness needs through enhancing gut health and fulfilling their need to connect with others through social drinking.

A spin-off company from the National University of Singapore (NUS), Probicient is looking to bring this novel IP technology to both commercial macrobreweries and microbreweries worldwide.

“As a non-dairy probiotic drink, the probiotic beer would provide consumers with a healthier drinking experience without discernible compromise on the beer’s taste profile and be a good fit to the trend of functional beverages,” says asssociate professor Liu Shaoquan from the NUS Department of Food Science and Technology, and co-founder of Probicient.

Brewerkz will launch Red Billion, a probiotic raspberry sour beer which is now available at all Brewerkz outlets on tap from 1 March 2022.

The brewer will expand its range of probiotic beer flavours over time including canning and making them available for sale at major supermarkets and online channels.