As tensions escalate between the West and Putin’s Russia, the reaction from drinks brands has not been unified. Whilst some leading companies have suspended sales in Russia, others continue to operate. 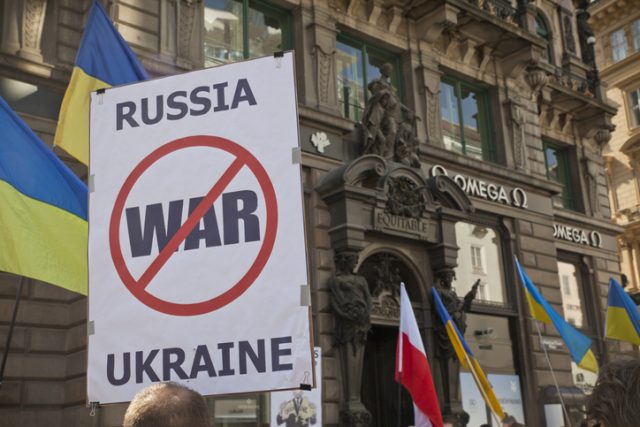 Diageo, Heineken and Pernod Ricard have all suspended sales in Russia in protest against the invasion. Pernod Ricard CEO Alexandre Ricard remarked in February that the sale of Jameson, acquired by Pernod Ricard in 1998, in Russia had sparked a surge in earnings in the latter half of 2021. Russia is only second to the United States as a market for Irish whiskey, with an estimated 7.3 million bottles sold there in 2019.

Diageo was overseeing distribution deals in 19,000 bars and 70,000 shops in the country. A spokesperson for Diageo stated that “our priority is the safety of our people in Ukraine and the wider region.” The company’s value has taken a hit, with share value declining from 3,680 GBX prior to the invasion to 3,477 today – exacerbating a trend already worsened by inflation anxiety and rising material costs.

Some major drinks brands have succumbed to mounting pressure and, whilst still operating in Russia, have significantly reduced operations. Carlsberg suspended new investment last week, and have since furthered this partial boycott. In a statement released by the brewing giant yesterday, they defended the continuation of operations at Baltika Breweries, citing a “moral obligation” to their 8,400 employees there. All Carlsberg advertising has been suspended in Russia, Carlsberg branded lager will not be sold in Russia and Baltika Breweries will be run as a separate business. Last year, Ukraine and Russia accounted for 13% of the Group’s revenue – given the uncertainty of the situation, they “do not consider it prudent” to provide earning’s guidance for this year.

However, for AB InBev, the owner of Budweiser and Stella Artois, it was business as usual until earlier this week when they halted production at their 3 Ukrainian breweries and suspended sales. Operating in Russia and Ukraine via a joint venture with Turkish group Efes since 2017, the Belgian company continue their work in Russia. With 11 breweries across the country, AB InBev Efes increased Russian beer production by 3% in 2021.

They had been working with Moscow-based company En+ on the production of low-carbon aluminium cans for Budweiser. Whilst the pilot programme was completed in December 2021, it is unclear whether the partnership has been concluded. A spokesperon stated that the can production programme “concluded according to the estimate timeline. We are focused on supporting our Ukrainian colleagues and the humanitarian efforts for those affected.”

The situation concerning how Western drinks brands respond to the war, and how increasingly severe sanctions will affect business in Russia, continues to develop. Boycotts of Russian vodka brands have already had a significant impact.