Churchill’s updates Port and Douro wines for next generation drinkers

Churchill’s has given its portfolio of Port and Douro wines a makeover in an effort to introduce a new generation of drinkers to the brand. 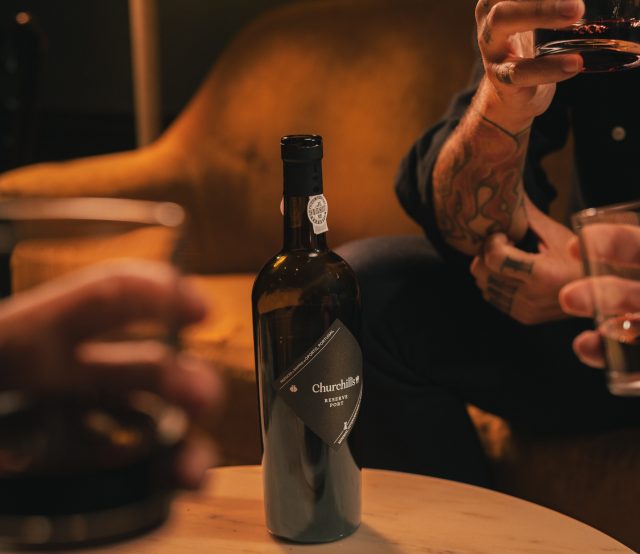 Churchill’s  founder and winemaker Johnny Graham told db: “I was just 29 when I founded Churchill’s in 1981, and I had a passion to make something distinct in the world. I took traditional production methods, exclusively top-quality grapes, and I combined that with a willingness to experiment making wines that didn’t always conform to what people were expecting.”

Graham was the latest in a family of founders, whose legacy in the Douro stretches back six generations. Now, his daughter Zoe Graham and son-in-law Ben Himowitz are preparing for the next forty years.

Zoe Graham said: “One of the challenges we face as a category is how to re-introduce Port to a new generation of drinkers. Our belief is that we need to go beyond the cocktail mixing directed at this target to make Port a desirable icon of luxury and beauty as this generation defines it. Two words at the heart of our brand refresh were ‘beauty’ and ‘minimalism’.”

The resulting design of the new Churchill’s brand sees the diamond label and lower-case wordmark to a move away from the conventional brand crest in favour of hallmarks that tell the story of the family and its wines.

The new disassembled crest now also includes a rook and a shell. The rook is drawn from the granite lagares at Quinta da Gricha and represents Churchill’s minimal intervention winemaking philosophy. The shell comes from the Graham family heraldry and represents home, as the original symbol used by the family company when they first settled in Portugal in 1808. The next generation wanted to bring back this symbol of nature to stand for their commitment to a sustainable future legacy.

Along with its Ports, Churchill’s has launched a refreshed image for its Churchill’s Estates range of Douro wines. The new name – Grafite – and hand-drawn labels celebrate the iconic Douro terroir. The name came from the tasting room, as it is a word Churchill’s winemakers often use to describe the mineral quality of the wines, produced by the native schist and granite soils.

Additionally, the company is employing a more thoughtful minimal packaging and minimal waste strategy, with just one bottle to be used across its range of Ports, while moving to optional packaging for their customers. The new packaging uses 100% recyclable capsules as well as sustainable FSC-certified paper ranges for the labels and packaging, including those made from 15% grape waste and 40% post-consumer recycled fibres. Churchill’s is also shifting to lightweight bottles for its Douro wines, representing a 12% reduction in bottle weight across the range that makes up half of its total annual volume.

Ben Himowitz said: “We believe new  doesn’t have to be complicated, and you can honour the past without living in it.”

Churchill’s enlisted brand studio Made Thought which helped it to create its new ‘less is more’ approach to design. Speaking of the redesign, Made Thought senior partner Nick Marshall revealed: “It was exciting to have the opportunity to re-think a timeless category through a future lens. You rarely get to reimagine an original vision sketch, which is exactly what Churchill’s had in Johnny’s first label drawing, containing the new signature diamond for Churchill’s Ports. We wanted to honour Johnny’s ‘hand of the maverick’ in all our design choices.”