Abruzzo granted its own IGT 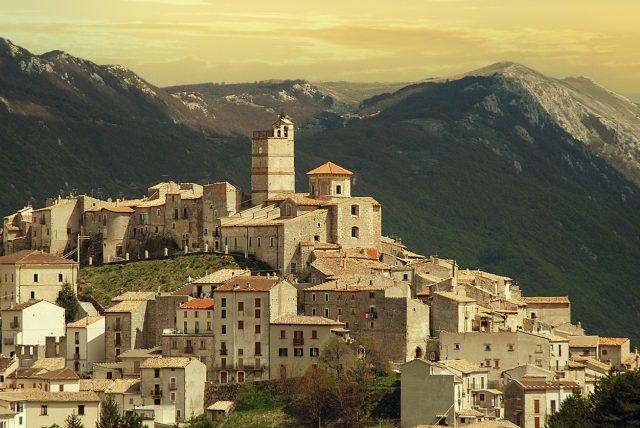 For the region as a whole, this new status creates an opportunity to promote the wines of Abruzzo. Valentino di Campli, President of the Protection Consortium of the Wines of Abruzzo, stated that the move would help increase “recognition of a superior quality and…common identity.” The move is, in di Campli’s words, to create “a strong regional image”. Indeed, Abruzzo is already known beyond Italy for its production of Montepulciano and Pecorino, but this decision marks a stronger focus on region, rather than on winemaking provinces. It’s not without precedent: in 2011, Sicily came under “Terre Siciliane”.

Montepulciano d’Abruzzo was established as a DOC in the 1960s, and the Colline Teramane DOCG was recognised almost twenty years ago. However, this decision permits the use of “Superiore” on the label of the latter as a means of distinguishing between this winemaking province. The wines of the four approved provinces will be subject to more rigorous production standards, as well as the provincial constraints.

Prior to the decision, Abruzzo contained eight separate IGTs, now under the regional umbrella. Colline Teramane was permitted to use “Riserva” for wines which meet the critera of a minimum of two years ageing and a certain alcohol level. Under these new rules, Terre di Chieti, Terre de l’Aquila and Colline Pescaresi will also be permitted to use the term.

This alteration to the status quo had first been suggested in 2019, and was strongly supported by the Protection Consortium, whose single goal is “to defend the quality of Abruzzo wines”. To a consumer, IGT status may only be seen on the label, but the decision will result in long term change to the region’s winemaking. Regional Vice-President Emanuele Imprudente celebrated the decision, stating that it would “enhance Abruzzo’s wine by enhancing the different territories and the extraordinary biodiversity” within the region. Though the focus may be on regional unity, the hope is that it will come to diversify Abruzzese winemaking.