The Macallan releases its oldest ever single malt whisky

The Macallan has released its oldest ever whisky expression – an 81-year-old single malt distilled in 1940, which survived the Second World War. 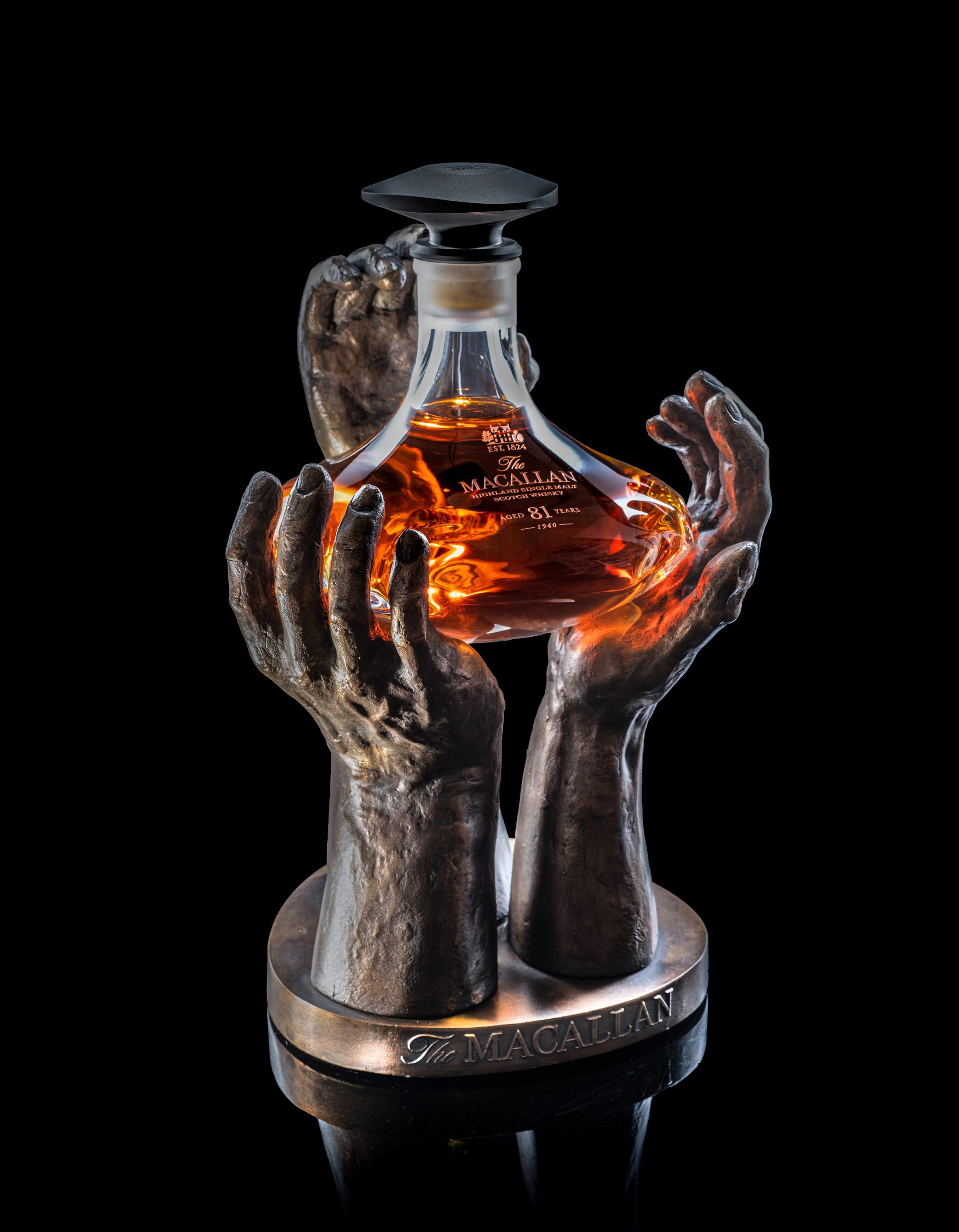 The distillery’s latest release, The Reach, is encased in a mouth-blown glass decanter, and comes cradled in a bronze sculpture of three hands, designed by sculptor Saskia Robinson.

The three-handed sculpture is said to represent three elements of the whisky’s history: the distillery workers who crafted the single malt whisky in 1940; one-time chairman, Allan Shiach, whose grandfather headed the company when this spirit was first consigned to its cask; and current master whisky maker Kirsteen Campbell, who made the decision to launch the expression now.

Kirsteen Campbell, master whisky maker at The Macallan, said: “It is an honour to introduce The Reach. Created during a turbulent time in the world, this extraordinary expression showcases The Macallan’s history, ingenuity and unmistakable strength of character.

“The creation of many hands, The Reach has been a truly collaborative effort. It’s also a tribute to the people who made this precious whisky, and their enduring spirit which never wavered.

She added: “Its deep auburn hue is the first hint of this remarkable whisky’s astonishing depth. Offering notes of dark chocolate, sweet cinnamon and aromatic peat, leading on to treacle toffee, crystalised ginger and charred pineapple, before giving way to an intensely rich, sweet and smoky finish.”

The Reach is crafted from a single, sherry seasoned oak cask. Highly limited to only 288 decanters worldwide, The Reach will be on display at The Macallan Estate Boutique from 9th February 2022 and later in The Macallan domestic and travel retail Boutiques. The rare whisky retails at £92,000.

In other news, England’s whisky distilleries are set to form their own marketing group to further the burgeoning English whisky scene, which will be unveiled later this spring, db can reveal. Read more on that here.