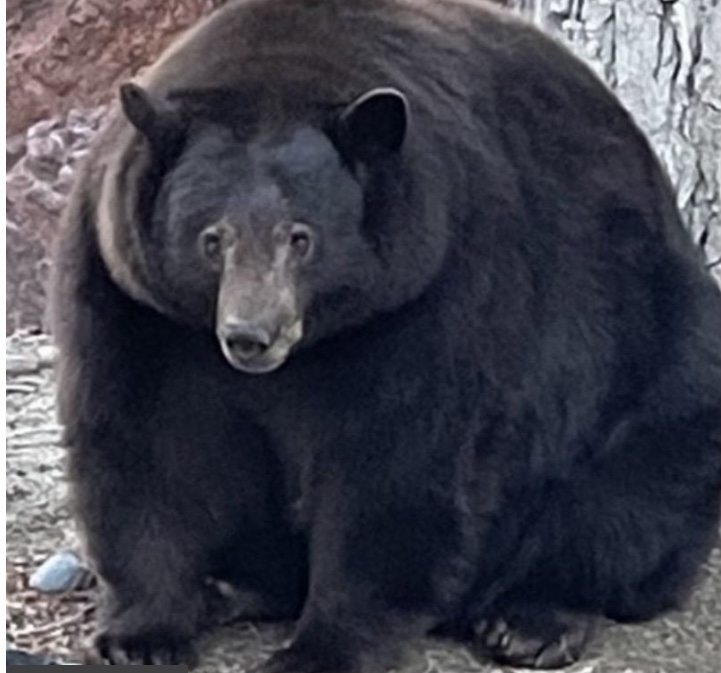 According to California wildlife officials, a gargantuan bear, which has earned the nickname ‘Hank the Tank’ for its sheer girth, has invaded more than 28 homes since last July.

Residents of South Lake Tahoe have put in over 100 phone calls to police after discovering the exceptionally large creature rummaging through their houses looking for food.

So far, nobody has been able to deter Hank. Department officials have attempted to redirect the bear using paintballs, bean bags, sirens and even Tasers, but he refuses to stay away for long.

“It’s easier to find leftover pizza than to go in the forest,” Peter Tira, a spokesman for the California Department of Fish and Wildlife, told The New York Times.

It is thought that Hank, who uses his size to barge through garages, windows and doors, developed a taste for human food last July, which is the time of year when black bears typically ‘fatten up’ before entering hibernation for the winter.

However his burgling activities did not slow during the winter time, leading state wildlife authorities to believe that he did not hibernate after all.

“Sometimes bears do not hibernate if they have year-round access to food,” Tira said.

Despite their nuisance neighbour, local residents want to see Hank taken to a sanctuary rather than euthanised.

“Even though people don’t want Hank to vandalise their homes, they want him to be treated with respect,” said Ann Bryant, the executive director of the Bear League, a wildlife rescue service in Homewood, California.