Over the last few decades, consumers have become more curious about the origins of their food, clothing, and other goods. They want to know that ingredients and materials were sourced responsibly, with care for producers and the environment. Building on that cultural movement, provenance and traceability are now central values of many brands, including spirits brands. 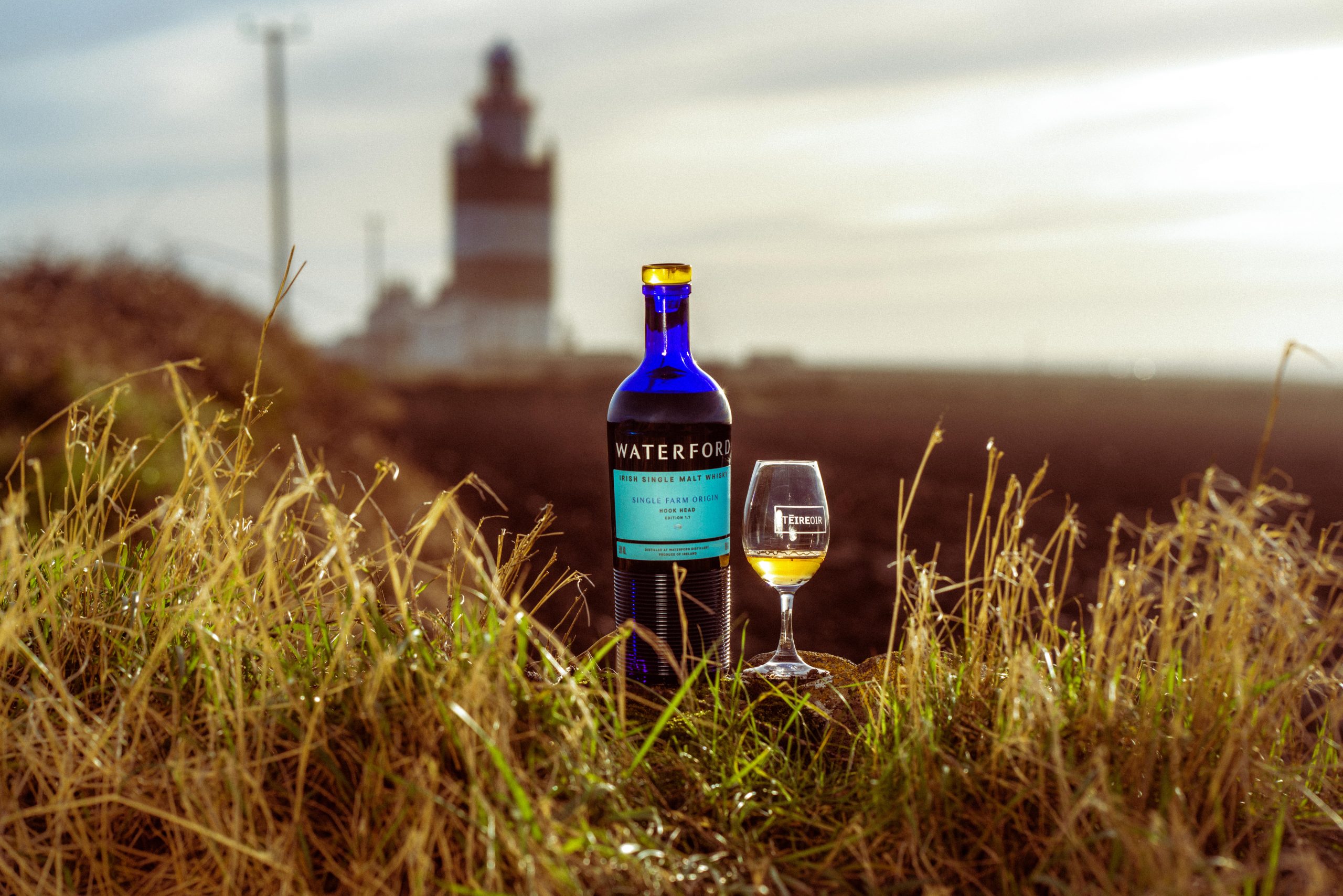 Ireland’s Waterford Whisky is a prime example. The distillery, founded in 2015 by former Bruichladdich CEO Mark Reynier, works with dozens of farmers across Ireland to source sustainably grown barley. Each farm’s output is malted, mashed, fermented, distilled, and matured separately, which has allowed Waterford to showcase the unique terroirs of the farms and the impact of individual growing seasons on the grain.

Waterford’s Single Farm Origin series highlights the specificity of location and harvest, with full details shared with consumers through a unique TÉIREOIR code on the bottle. The information includes everything from the farmer’s name to the exact length of maturation.

“The TEIREOIR code is our proof of provenance—the total traceability and transparency of our ingredients, the barley, the very source of malt whisky’s flavour,” says Reynier. “We have thousands of datapoints for each Single Farm Origin distillation, but it would be rather onerous to make people sift through dry data. So we have presented what information is useful alongside engaging content: imagery, video where possible, and even audio recordings of the farm itself for total immersion.”

Even for its expressions beyond the Single Farm Origin series, such as Organic Gaia, The Cuvée, and the newly released Biodynamic Luna whisky, Waterford offers consumers every possible detail. The response, says Reynier, has been overwhelmingly positive. “People have told us they are blown away by the information we can share on each bottling; indeed, many drinkers for the first time are really thinking about the real origins of ingredients: real provenance.”

Over in Scotland, Darnley’s Gin takes a similar approach in the sourcing of its botanicals, sharing information with consumers through its website, social media, and marketing materials. The company grows as many botanicals as possible in its own Cottage Garden, including rowan, fennel, lemon balm, and more, which visitors can observe throughout the year.

Darnley’s also forages for some of its flavours. The gin’s signature botanical, elderflower, grows wild on the estate surrounding Wemyss Castle, historic home of the brand’s founding Wemyss family. Each summer, when the elderflower is at its peak, Darnley’s works with professional forager Leanne Townsend to sustainably locate, harvest, pick, and dry the plants for use in distillation.

“Elderflower is a classic Scottish flavour that gives Darnley’s Gin a true sense of place,” says company founder William Wemyss. “Along with the native botanicals we grow on-site, it offers gin drinkers a unique experience that is one hundred percent transparent.”

Townsend even creates botanical maps of the elderflower and other botanicals in the area, which are used by master distiller Scott Gowans to plan and innovate new products, including Darnley’s Cottage Series. Showcasing unique combinations of local ingredients, such as smoked barley, rowanberry, apples, and rosehip, the lineup offers the opportunity to taste the seasonal flora of the East Neuk of Fife.

A number of the botanicals used in Darnley’s Gin are warm-weather plants, such as lemon peel and cinnamon, which can’t grow in Scotland. But even for these, the distillery has taken steps to ensure a transparent, sustainable supply chain with emphasis on provenance. The lemon, for example, comes from Sicily, where the Wemyss family works with local farmers as its partners.

While traceability takes more resources and time, distillers who prioritize it say it’s worth the effort. “Our guaranteed traceability and transparency, alongside our ongoing academic research, means that no one can undermine what we do,” says Reynier. “Waterford Whisky is bullet proof.”