Both The Guardian and BBC published recipes to celebrate the forthcoming Chinese New Year. However, the misuse of props such as joss paper and funeral envelopes shown alongside the dishes has provoked backlash from Chinese communities. 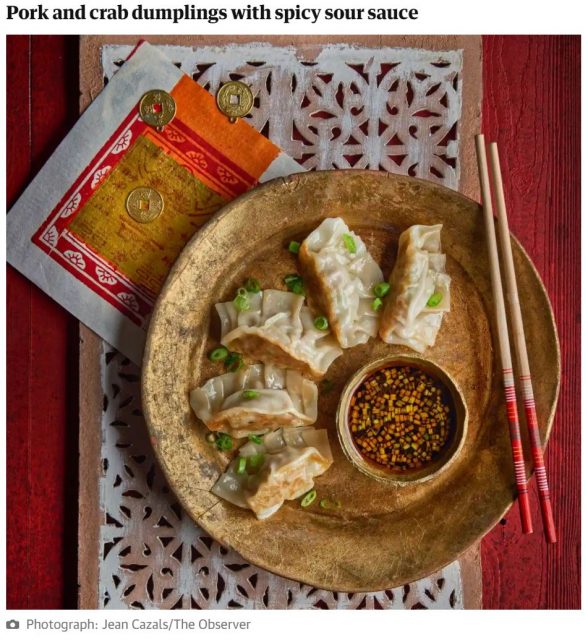 On The Guardian‘s website, the recipe of “Pork and crab dumplings with spicy sour sauce” is displayed together with an image of the finished dish juxtaposed with lai see, joss papers and ancient Chinese coins.

Meanwhile on BBC Food’s website, the recipe of “Lo mein with scallops and Tenderstem broccoli” is showcased with the image of the dish paired with a red pocket and an envelope given out at funerals (吉儀).

Traditionally, both joss papers and funeral envelopes are regarded as “unlucky” and “cursed” as they are associated with death rituals.

In Chinese folk culture, joss paper symbolises longevity. It is burnt to pay respects to departed ancestors and to satisfy their needs in the afterlife. 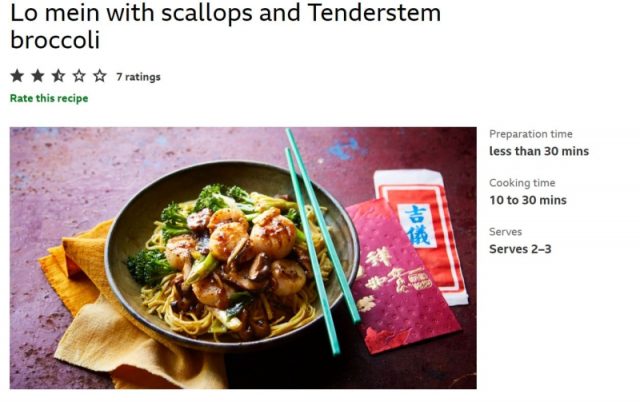 In Hong Kong, where funeral envelopes (吉儀) are distributed at funerals to each attendee, the envelope usually contains a piece of candy, tissue and a dollar coin. The candy is meant to sweeten the sadness of the ceremony; the tissue paper is for wiping off tears; where the dollar coin represents the gratitude from the host.

It is custom that guests should not bring the envelope home as it is an unlucky symbol and they should use the items as soon as possible upon receiving the envelopes.

Culturally, Chinese New Year is the time where people celebrate an array of wishes for the new year. As such, the misplacement of “unlucky” items have created backlash from Twitter: 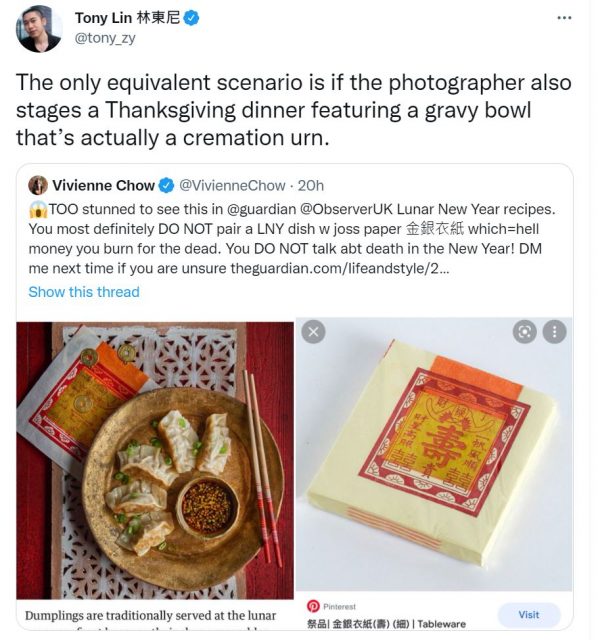 The media outlet promised it “will investigate the situation further and review our processes to put more rigorous checks in for styling.”