Laurent Delaunay never really left Burgundy, but in a sense he has nonetheless made a triumphal return. 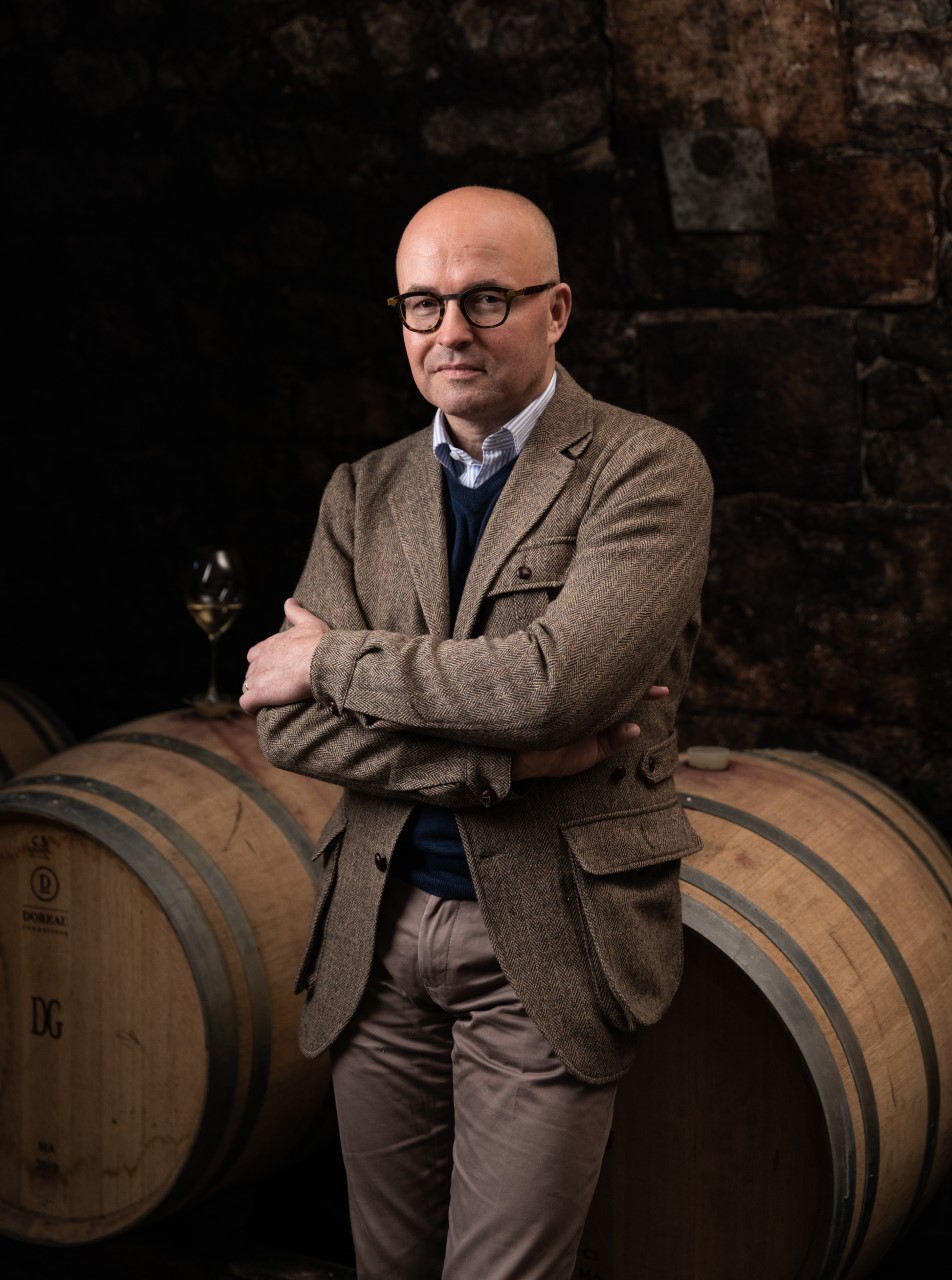 Delaunay was 21, fresh out of university studies and a stint at Villa Mount Eden winery in Napa Valley when he joined his father in 1989 as the fourth generation at Edouard Delaunay, a well-known Burgundy maison founded in 1893.  Three years later, the business was sold in a friendly transaction to the Boisset family, made necessary by his father’s illness and business difficulties.

“I was too young to save it,” Delaunay says in a video interview just after the beginning of the New Year.  Did he think at the time that he would one day buy back the business and restore it to its former status?

On the other side of the Zoom screen, speaking from the family seat at the Château de Charmont in the Hauts Côtes de Nuits, a relaxed and cordial Delaunay smiles.  “Not at all,” he replies.

“I worked with Boisset for two and half years,” he says, “but I wanted to be independent.”

Instead, he and his wife, Catherine, also a trained oenologist. turned their eyes to the South of France, establishing Badet Clément in 1995 to source and market wines to the world, first from the Languedoc, then the Rhone and Burgundy.  “It was boom time in the South of France in the 1990s,” he says.

Today, with its many brands (such as “Les Jamelles”), its own estates and those distributed by the company, Badet Clément sells more than 16 million bottles of wine annually to 55 countries, about a third of its production within France and the rest in export.

“Buying back Edouard Delaunay only came to mind within the past five years,” he says.  “When I approached Jean-Charles [Boisset], he said, ‘You know, I have always thought that the business would return to your family eventually.’”  The transfer was completed in 2017, but only for the brand, the family château and what remained of the business, but not vineyards.  Currently, Edouard Delaunay sells a large mix of Grand and Premier Crus as well as regional wines.

In mid-December, the Bourgogne Wine Board (BIVB) asked Delaunay to take over for long-serving presidents Louis-Fabrice Latour and Frédérick Drouhin as leader of the trade body, with François Labet continuing as president representing the winegrowers.  The young man who had lost his birthright in 1992 had come full circle in 30 years.

With the spring frost of 2021 wiping out much of that vintage, it was not an auspicious time to take over the BIVB mantel.  “The Côtes de Beaune was hit worse than the Côtes de Nuits,” Delaunay says. “Production of regional wines will suffer the most, and a lot of people won’t be able to fulfill their contracts. And 2021 will not be a good year for production of entry-level wines,” which has long been a BIVB objective to bring new wine lovers into the fold.

Delaunay is especially bullish on the Hautes Côtes as a source of new wines, especially as climate change makes the heights less prone to weather problems. “The Hautes have much unplanted land that is not classified,” he says, and he can even see the eventual production of single-vineyard wines from the region. Delaunay is hesitant to poach Beaujolais as a source of Burgundy wines – “my wife is from Moulin-à-Vent,” he notes – although he does recognize the region’s south does have Pinot Noir potential and the north already produces premium Chardonnay.

In his remarks to BIVB membership on his election last month, Delaunay stressed the need for Burgundy to keep open lines of communications with customers and the duty for the region to practice social responsibility.

What about agro-tourism? “We need high-quality, high-class tourism, and I look forward to it,” he says, noting that the three Cités des Vins, one each in Beaune, Mâcon and Chablis, will be dedicated this fall at the Hospices de Beaune and will be opened to the public in the spring of 2023.

Another question is about the progress of the BIVB and its producers to convince English-speaking countries such as the U.K. and the USA to use the word “Bourgogne” instead of “Burgundy,” both for the wine and the region.  He laughs. “I think I said ‘Burgundy’ several times in this conversation,” Delaunay admits, then gets back on message. “We do need to work more on getting people to use the actual French name for the region,” he says.

Meanwhile, he is still excited about being back in the family business.  “My goal was to invest in restoring Edouard Delaunay’s image as a high-quality Burgundy house,” he says. “I was not interested in just having volume.”

“The name had almost disappeared,” Delaunay continues, “and only one or two crus remained.  But I considered that a good condition – it’s more difficult to re-orient an existing business than it is to start with a blank page.”

The first thing needed in January 2017 was to restore the château and winery, “which was not in good condition,” in time for that year’s harvest.  “Next, we needed to put together a team, and I was able to hire a young and talented winemaker, Christophe Briotet. But the most complicated was finding some grapes, as we didn’t have our own vineyards.”

But he did have connections – “a lot of cousins” – but moreover the many small producers who use Badet-Clément’s DVP marketing arm.  “I was surprised that so many of them accepted our offer to buy grapes,” he said, “but then they saw it as our birthright, and for them it was also a good story.”

As with most regociants in Bourgogne, Edouard Delaunay will most likely buy vineyards and also become an estate producer, and Delaunay does see the Hautes Côtes as a prime place for expansion.

Earlier in the conversation, he had reflected on how much he enjoyed his brief time in Napa Valley and his chance to drink wine with the legendary André Tchelistcheff. “He even gave me a bottle of 1981 Georges de Latour [a Beaulieu Vineyard Cabernet Sauvignon brand] which is still in my cellar unopened.”

So does that love of Napa signal a potential for Delaunay to follow other French producers to California? Another chuckle. “We have to first show the market we have that we’re good enough,” he says. “That would be for another generation.”  Then perhaps for his daughter, Agnès, who has now joined the family business?

Delaunay smiles, which he has been doing a lot of recently.