Zonin1821 celebrates 200th birthday and reveals plans for the future

Zonin1821, which recently celebrated 200 years, has revealed the important milestones and big plans that will shape its future. 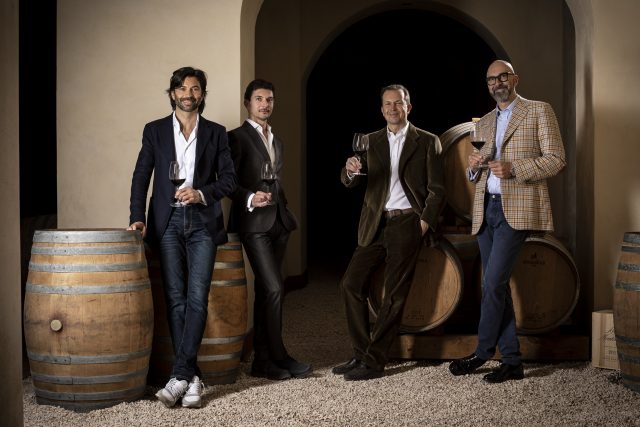 Founded in 1821, Zonin1821 is the largest family-owned prosecco company in Italy and one of the top five Italian wine producers. Its goal has been to actively contribute to creating a new contemporary wine culture, where Italian DNA blends with multiple international traditions, gaining recognition internationally.

Today, Zonin1821 is led by a recently appointed management team headed by the CEO Pietro Mattioni, flanked by the brothers Domenico, Francesco and Michele, who respectively hold the roles of president and vice-presidents.

At the end of 2018, 21Invest acquired a 36.1% stake in Zonin1821, entirely via a capital injection of €65 million, to help grow the company and support the management team.

Speaking about the celebrations, Domenico Zonin said: “As a representative of the seventh generation, together with my brothers Francesco and Michele, we strongly believe in the value of traditions and continued growth through thoughtful evolution in Italy and abroad. We are committed to the enhancement of our outstanding wines. This moment of celebration is indeed a source of pride looking back at the road travelled, but above all it spurs us on to look to the next two hundred years with the same spirit of entrepreneurship, determination and passion that has always distinguished us. Let us raise a glass, therefore, to all the people in the world who work alongside us every day and who enable us to share positive moments and enjoyable get-togethers with an optimistic look to the future, accompanied by the quality and authenticity of our brands”.

Still based at the historic Gambellara headquarters, the three Zonin brothers have decided to entrust the running of the company to a management team, headed since November 2020 by CEO Pietro Mattioni, veteran of the alcoholic beverage industry, and flanked by a front-line of international professionals.

Pietro Mattioni, CEO of Zonin1821 revealed: “It is with a significant sense of pride and responsibility that I am leading Zonin1821 through one of the most globally complex and uncertain periods. We know we can count on an exemplary mix of winemaking excellence and strategic expertise. In a category that is both fragmented, but also full of opportunities, the challenge is to reinforce the international expansion and seize opportunities by enhancing the Zonin1821 portfolio. All this, with an eye to the next 200 years”.

With a total turnover of €190 million in 2020, amounting to a substantial doubling in the last 10 years, and the value of exports now reaching 85%, the company is now an international player, active in over 140 countries and employing some 500 people in Italy, the United States, the United Kingdom, China and Sweden.

For decades, Zonin1821 has re-sharpened its focused on the practise of sustainable viticulture. With production strategies and techniques that keep a sustainable future at its core. The company has, it reveals, also developed an integrated process founded on the guiding principle that its actions are: safe for the environment, socially just and economically viable.

Zonin1821 owns 4,000 hectares half of which is planted with vineyards: the remainder is protected for reforestation, olive cultivation and croplands, showing that it has sustainability at its heart, but also in its plans for the future.

Over the years, the company has highlighted how production and distribution have not been limited to the still and sparkling wines sold under the Zonin brand but since the 1970s also reinforced via the acquisition of important estates located in the most representative terroirs in Italian winemaking history, enabling the company to establish itself in the production of the best Italian DOC and DOCG wines.

Ca’ Bolani in Friuli Venezia Giulia, Castello del Poggio in Piedmont, Tenuta Il Bosco in Lombardy, Rocca di Montemassi and Castello di Albola in Tuscany, Masseria Altemura in Puglia and Principi di Butera in Sicily are the seven estates that extend across the Italian peninsular and, together with the wines produced in Barboursville, Virginia (United States) and in Chile under the Dos Almas brand, complete the picture of a company and a family in constant evolution.