Where next for whisky?

With Diageo and Pernod Ricard currently investing in Chinese malt whisky, is it time we looked East for the next big thing? Richard Woodard investigates…

The global market for rare and collectable whisky has exploded in recent years, spearheaded by single malt Scotch and the eyewatering sums paid at auction for historic bottles of The Macallan, Port Ellen and Dalmore.

Whiskies of other origins are also getting in on the act, whether it’s collectors snapping up bottles of pre-Prohibition Bourbon and aged Japanese whisky, or the growth of high-end Irish whiskeys such as Midleton Very Rare or Redbreast Dream Cask.

It’s an increasingly diverse scene, with the emergence of high-quality products from countries as diverse as Taiwan, England, Australia and India… but what about China? With the world’s two largest international drinks companies, Diageo and Pernod Ricard, investing a total of over US$200m in malt whisky production in the country, the potential for China to join the global whisky-making elite at some point in the future is undeniable.

Pernod was first out of the blocks, announcing in 2019 that it would invest RMB1bn (US$150m) over the next decade to build a distillery at Emeishan, in Sichuan Province. The plant, which began production in August 2021, has since been named The Chuan.

Diageo announced its own plans for the Diageo Eryuan Malt Whisky Distillery, in Yunnan Province, in November this year, investing US$75m in a 66,000sq m site located more than 2,100m above sea level. Construction set to begin in early 2022.

While both projects are in their infancy, it’s clear that the companies share a vision of creating a premium Chinese malt whisky – primarily aimed at a domestic consumer base, but with longer-term ambitions to pique international interest from overseas markets too. Even at this early stage, Pernod Ricard Asia chairman and CEO Philippe Guettat says there has been “quite a lot of interest” from other Pernod market companies around the world.

Diageo is yet to confirm Eryuan’s production capacity, but The Chuan is relatively small: a single pair of stills, made by Forsyths in Scotland, able to distil 1-1.5m litres of pure alcohol a year – although there is room for expansion if required.

What will the whisky be like? So far, Pernod has teased with a few details: there’s been lots of experimentation with barleys from different origins (Scotland, Europe and China), and with different kinds of maturation. Emeishan is considerably warmer and more humid than Scotland, so we should expect a faster pace of maturation – but, even four years after the project was first conceived, this is educated guesswork. 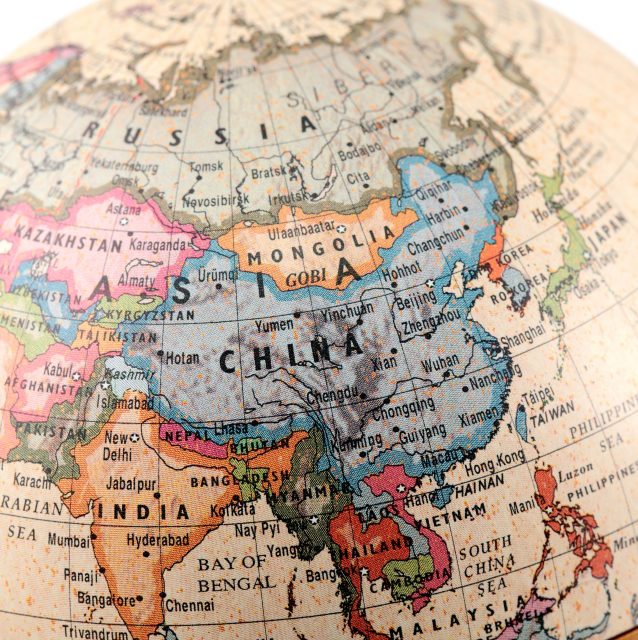 Guettat describes The Chuan’s output as “international-standard whisky, but with a Chinese touch” – referring the location, the water and the nationality of the master distiller, Yang Tao (who has been learning from Pernod distillers in Scotland and Ireland) – but he also admits: “There is one element which we do not master, which is how this will evolve and age.”

At this early stage, the Diageo approach broadly mirrors that of its rival: to create a malt whisky with a clear Chinese character, from a location in Yunnan that, according to Sam Fischer, president of Diageo Asia Pacific and Global Travel, “has all the right elements for making the right whisky”, with echoes of Scotland in its natural geography.

There will be a Chinese master distiller and, as at The Chuan, tourism will be a key feature of the project, with a visitor centre that, Fischer says, “will give guests and consumers a better understanding of the rich whisky heritage linked to this new distillery”.

For Pernod, Guettat stresses that The Chuan’s visitor facilities, due to open in 2023, will take a “selective and targeted” approach, with an emphasis of quality of experience over quantity of visitors. Given that the area already attracts 12m tourists a year, The Chuan’s target of attracting 2m visitors in its first decade reflects that selective approach.

Many of Scotland’s malt distilleries had to wait many decades – if not centuries – to become famous, but The Chuan and Eryuan are being geared up for that kind of global renown from day one. That’s a reflection of the expansion of the market for malt whisky around the world, but also of the current rapid growth being experienced by the category in China itself. Brands such as The Glenlivet and The Singleton are increasingly sought-after by the emerging middle classes in tier one and tier two cities.

Can China’s emerging malt whisky industry attain that kind of status? The level of investment indicates that Diageo and Pernod Ricard both believe so, and there’s sure to be huge interest – and demand – among collectors for the distilleries’ first offerings, whenever they come to market. Few would doubt that these early bottlings will become fixtures of the secondary market and auction scene in the future.

For now, Pernod is planning a pre-release cask purchase programme for The Chuan, which is due to go live in January, targeted at high-net-worth clients and key customers, but mature whiskies from both distilleries will be years in the making. Chinese regulations dictate that malt whisky must be matured in oak for a minimum of two years before release, although there are discussions about increasing this to three, in line with Scotch.

Measured in pure financial terms, Pernod’s investment is double that of Diageo (so far), but both share bold ambitions for a regional whisky industry that scarcely even exists today. Guettat talks grandly of creating a “cultural icon” at The Chuan, while Fischer says of Eryuan: “Through this distillery, Diageo aims to create an exceptional, world-class, China-origin, single malt whisky that will capture the imagination of the growing population of premium whisky lovers in China, as well as the many potential consumers who have yet to discover and appreciate whisky.” Expect big things from Chinese whisky in the years and decades to come.