Majestic Wine pulls out of Calais due to Brexit booze rules

Majestic is to close its two Calais stores today (13 December), as changes to the duty-free alcohol allowance brought about by Brexit weigh on the economics of the business. 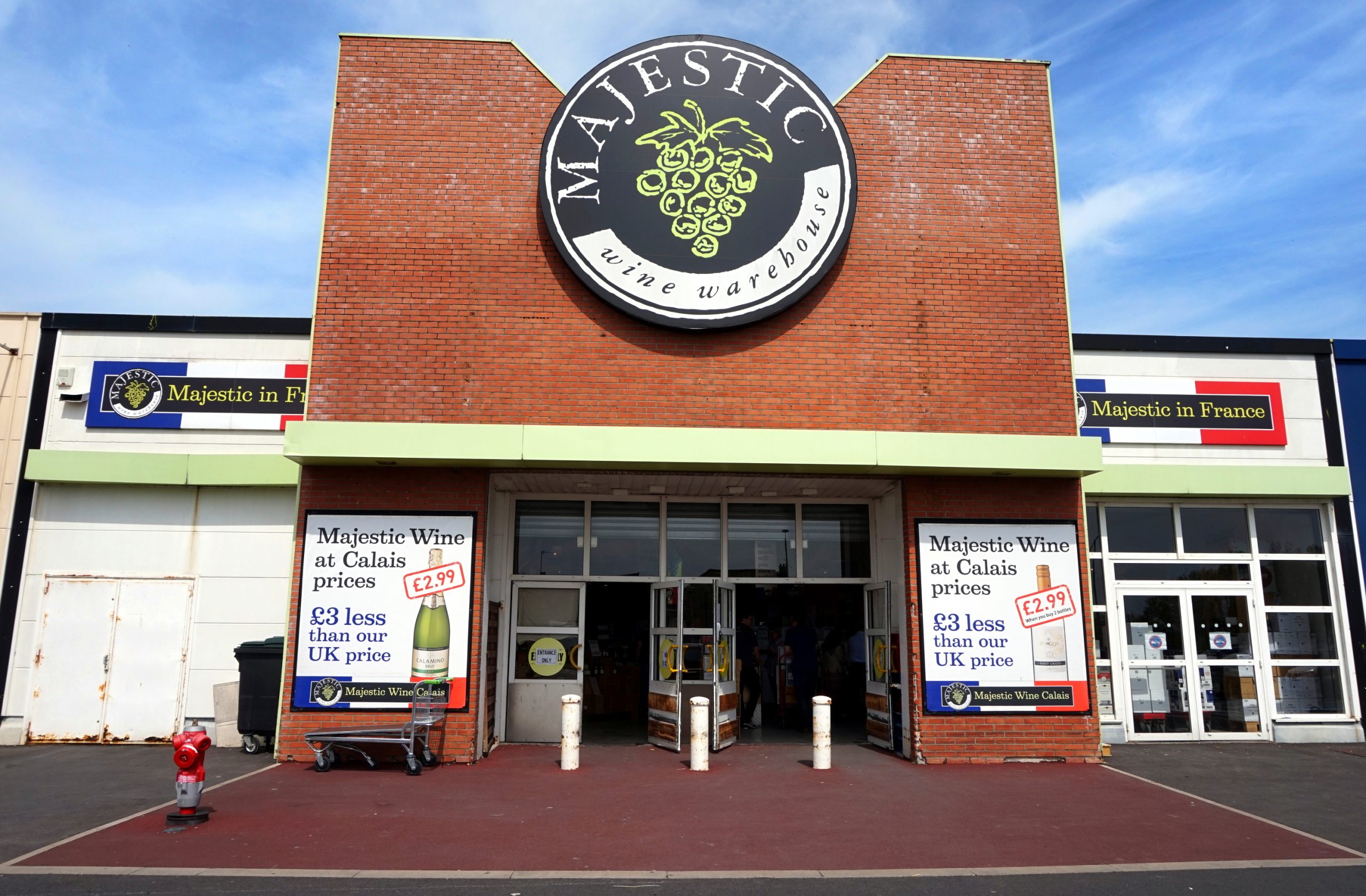 As reported by Retail Week this morning, Majestic Wine will be shutting up shop in Calais as Brexit regulations cause the business to suffer.

A number of the 20 staff members reportedly affected by the closure have been offered alternative roles within the group.

The two stores are understood to have raked in £10m in annual sales prior to Brexit and the onset of Coronavirus. They are also said to have contributed £1m to the retailer’s bottom line, according to Retail Week.

But Majestic’s Calais stores have been pushed into the red as revenues have dropped to a fraction of that level since April 2020.

And Brexit rules have also hit the retailer hard. UK residents were previously able to transport any amount of alcohol for personal consumption across the channel.

Each adult can now bring a maximum of 42 litres of beer and 18 litres of still wine into the UK. Also permitted are an allowance of either four litres of spirits or nine litres of fortified wine, sparkling wine or alcoholic drinks up to 22% ABV, although this allowance can be split.

This is the total allowance, and you can buy from either duty free or duty paid sources.

If you want to bring back quantities in excise of this, you have to declare that and pay the duty before you come back. You lose the allowance on the whole of that category, so if you bring back 20 litres of wine, you don’t get any wine allowance and have to pay duty and VAT on all 20 litres.

Majestic has deemed the stores to be “no longer commercially viable”, despite reaffirming its commitment to Calais last September.

A spokesman for the retailer told Retail Week: “Due to changes to the duty-free alcohol personal allowance, following the UK’s exit from the EU, we have taken the difficult decision to close both Les Celliers De Calais SAS stores.

“They were designed for a very different operating environment; built around helping our customers maximise their budgets and enjoy our great wines, beers and spirits duty free. Regretfully, since the changes to allowance post Brexit, these stores are no longer commercially viable.”

Like many retailers with an online presence, Majestic faced unprecedented levels of demand online in late March 2020, causing its website to crash. The business temporarily closed its stores, and later restored its click and collect service in May of last year, and reopened stores in June.

Majestic enjoyed a 24% uplift in UK sales to £377m during the first year of the pandemic, with retail and online sales surging 35%. The wine retailer said that funds will need to be set aside for 2022 in order to fulfil its ambitious store opening programme.