Alcohol consumption down 6% worldwide and 6.6% in Ireland

Alcohol consumption dropped by 6% worldwide and 6.6% in Ireland last year, according to data from Drinks Ireland. 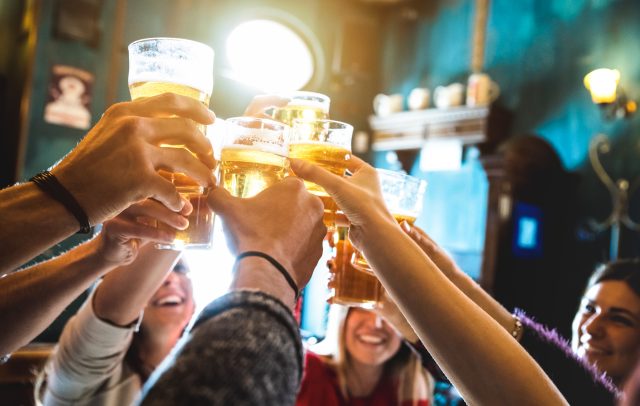 The sector plummeted due to the closure of the hospitality sector for long periods as a result of Covid-19 restrictions, outlined reports from sources close to the market.

Despite the challenges faced by many, the positive response of many businesses in the industry was documented, as was the way the industry pulled together to help fellow venue owners.

Patricia Callan, director of Drinks Ireland said: “During these hard times, the drinks industry showed resilience by working together. This included our distilleries changing over to production of hand sanitizer, our members offering financial and in-kind supports to the hospitality sector and charities, as well as the massive operation to collect and dispose of out-of-date beer and cider in an environmentally sound manner at no cost to the pub sector.”

However, the Drinks Ireland report reveals that the industry continued to be impacted across production, export and sales.

According to the report, the closure of the hospitality sector saw beer sales take a nose dive by over 17% in Ireland and revealed that under 30% of beer sold in 2020 was in hospitality businesses, down from 60% in 2019.

Jonathan McDade, head of beer at Drinks Ireland said: “As the vaccine roll-out continues, the beer sector hopes to be able to see more consumers engaging with the hospitality sector.

Meanwhile, the report showed how wine remained the country’s second favourite alcoholic drink with its market share increasing to 32%.

Retail wine sales reportedly rose by 28% in 2020, which is an uplift of 12% on the previous year, due to wine’s association with home consumption coupled with the hospitality sector lockdowns.

Chilean wines continues to be a favourite in Ireland and has taken the top spot for the past five years. However, the popularity of rosé continues to grow with an estimated 7% share of the wine market in Ireland, double its share since 2016.

White wine is, admittedly, still the most popular type of wine with a 48% share, with red wine at 45%, the findings found.

The report additionally reminded how Irish wine drinkers pay the highest rate of excise in the EU at €3.19 per standard bottle of wine and highlighted how the excise rate is doubled for sparkling wine.

Lastly, it noted how sales of spirits, the country’s third favourite category of alcoholic drink, dropped by nearly 5%, while Ireland’s fourth favourite drink, cider, saw sales hit hard by the closure of pubs down by over 11%.

Drinks Ireland chair Pat Rigney added: “The trends we expect to continue in 2022 include the ongoing shift to quality over quantity by consumers, a growth in the Ready To Drink (RTDs) category and the no and low alcohol category, the continued popularity of craft cider and beer, as well as Irish gin and Irish whiskey from producers around the country.”