The Chancellor’s planned reform of excise duties leaves inconsistencies and anomalies, despite his assertion that they will be based on common sense and even handedness. 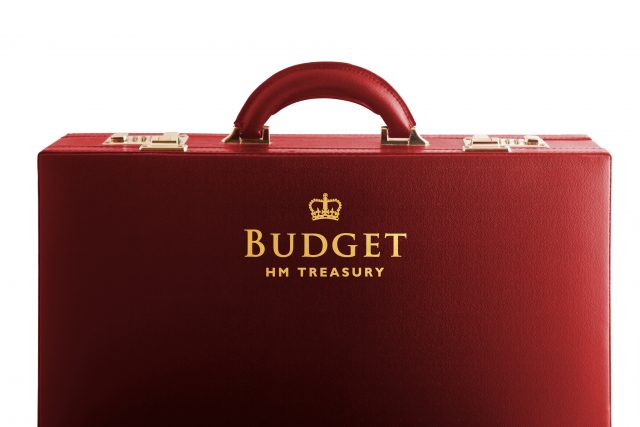 The freeze was widely welcomed. “The Chancellor should be commended for listening to our calls for support and understanding that punishing tax hikes are not the best way to reinvigorate the sector”, said Miles Beale, chief executive of the Wine & Spirit Trade Association.

It is widely calculated that by freezing duties once again, Sunak saved the drinks sector £430 million, more or less overnight.

He also told MPs that he was “taking five steps to create a system that is simpler, fairer, and healthier”.

UK Hospitality’s Kate Nicholls said: “The Chancellor’s announcements simplifying – and in many cases reducing – alcohol duties, are great news for pubs, bars and restaurants, and will benefit all. The Chancellor has shown real innovation and creativity in reforming an archaic system of duty, which we applaud”.

But now the dust is settling, it is clear that drinks businesses still face enormous problems and that his planned reform of excise duties leaves inconsistencies and anomalies, despite his assertion that they will be based on common sense and even handedness.

Sunak’s reforms remain open to consultation until early next year. Despite that, the fact that he published his proposed new bands based on the strength of different drinks suggests that it will take a strong argument to persuade him to amend them before they come into force in February 2023.

His plan to drop the 28% “irrational duty premium” on sparkling wines will meet no objections, apart from the anti-alcohol lobby.

But the tipping point for wines will come at 12% ABV.

Stronger red wines, fortified wines and high-strength ciders will face a higher levy while lower strength drinks – such as rosé, fruit ciders and liqueurs – will attract a lower tax rate than today.

Calculations by the Times suggest that the average ABV today is 13.1%. So lighter German Rieslings, for instance, will be taxed less heavily than a blockbuster Australian shiraz. That is part of Sunak’s strategy of the stronger the drink, the higher the duty.

However, his notion that English sparkling wines (12.5% ABV) will benefit over, say Prosecco (11%), because of their generally cooler growing conditions seems optimistic, given the existing retail price differentials.

Producers of fortified wines will no doubt argue that a tax hike of about £1 per bottle does not equate with Sunak’s desire to be “fair”.

Spirits with an ABV of 40% will be taxed at around the same level as today; weaker ones will be hit less. A bottle of Bailey’s (17% ABV) could fall by 40p.

The WSTA’s Beale said: “While simpler, the proposals for the overhaul of a new alcohol taxation system do not make the regime fairer, which was a fundamental aim of the review.

“We are mystified by a proposal that embeds unfairness between products meaning that beer will be taxed between 8p and 19p per unit, wine increases to 26p per unit and spirits remain at 29p per unit.”

Karen Betts of the Scotch Whisky Association said: “Scotch Whisky will continue to be put at a competitive disadvantage against beer and cider through the tax system, rather than being allowed to compete on a level playing field.”

The SWA complains that Scotch is taxed at a higher rate per unit of alcohol than any other category and faces the highest duty rate among G7 nations.

Sunak made much of his planned “draught” relief on beers served from containers of larger than 40 litres, claiming that it would save 3p on a pint. He also extended the 50% business rates relief for the hospitality and leisure sector for the next financial year.

Undoubtedly that will help businesses.  But will the consumer actually benefit at a time when the Chancellor himself acknowledges that inflation will hit 4% next year, possibly higher, and interest rates are on the way up?

The Scottish government has yet to announce whether it will continue with the lower business rate.

Sunak did not, as some hoped extend the VAST rate reduction to 12.5% for hospitality, which is already facing sharply rising energy costs, increases to the minimum wage and National Insurance contributions and difficulties in recruiting staff.

As UK Hospitality’s Nicholls points out, “it remains incredibly fragile, facing myriad critical issues. Rising utility bills, wages and food and drink prices have resulted in 13% inflationary costs that businesses are having to absorb at the same time as they navigate severe supply chain issues and chronic staff shortages.”

Producers are also confronted by raw material and transport cost problems and few deny that their wholesale prices need to rise following 18 months of the pandemic and its side effects on their businesses.

Campari’s Bob Kunze-Concewitz said last week that he would be increasing prices next year while Shepherd Neame’s Jonathan Neame told Radio 4 that while his company would pass on Sunak’s eventual duty changes, he was doubtful that many of his publicans would be able to do so.

So how far did Sunak succeed in his aims?

The freezing of existing duties and extension of business rates relief will help struggling businesses but they will not be seen in lower prices to the consumer.

His proposed excise tax bands from February 2023 onwards based on ABV herald a much simplified system but they do not create a level playing field between differing styles of alcohol.

Meanwhile, the increased imposts on cheap alcohol such as strong cider will go some way to reducing criticism of the industry on health grounds.