Hofmeister, the iconic 1980s Scottish lager brand that was revived as a Bavarian craft beer in 2017, has launched a crowdfunding campaign to turbo-charge is growth plans. 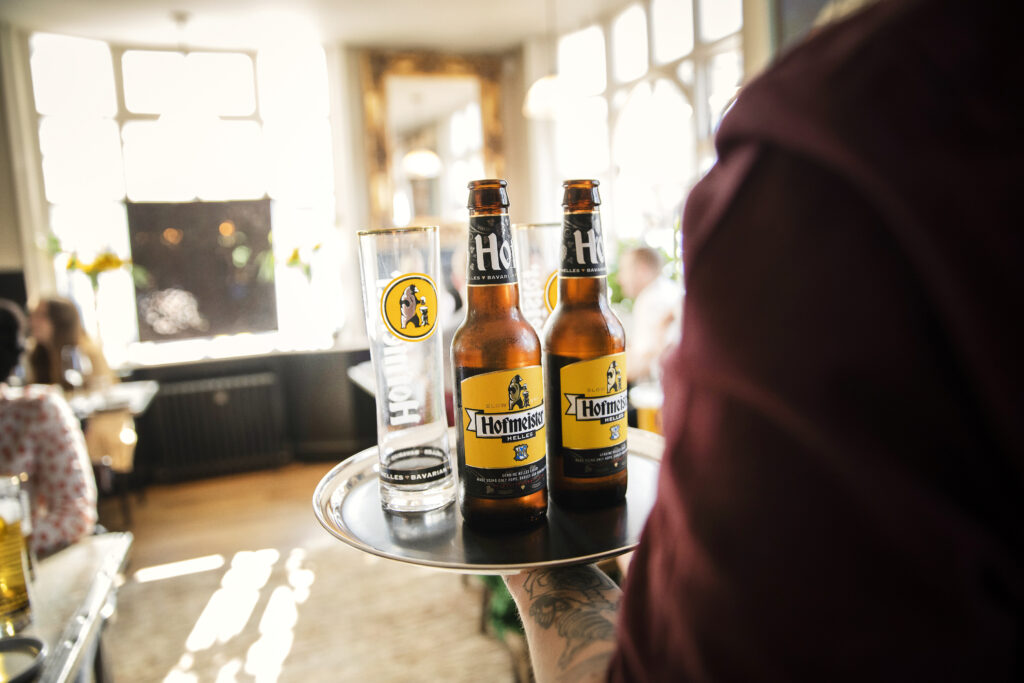 The Bavarian premium lager brand is looking to raise £600k via Seedrs in a campaign that will be fronted by ‘George the Bear’, the character made famous in the adverts in the 1990s’, who urged consumers to ‘follow the bear’.

The team behind Hofmeister say there is a gap in the market to catapult a Bavarian beer to the same level of success seen by its counterparts from other European countries.

Since the beer was relaunched, it has risen to sales of  £9.3million, with turnover and the number of stockists tripled in the last 12 months alone.

At its height, the previous incarnation of Hofmeister was the fourth biggest beer brand in the UK, a mainstream, high volume 3.2% abv pale lager produced by Scottish Courage in the UK from the 1980s to 2004.

Joint chief executive Richard Longhurst said the power of this brand was “incredible” and the potential scale ”enormous”.

“Anyone who grew up with Hofmeister has got a genuine affection for it. It just makes you smile and that is very special,” he said.

Drinks entrepreneurs Longhurst and Spencer Chambers bought the retired brand from Scottish Courage and relaunched it in November 2016 as Hofmeister Helles, a premium, slow brewed Helles lager made in Bavaria by the fourth generation family-owned Schweiger brewery, in the Ebersberger Forest in Hallertau. They were later joined by pub heavyweights Kim Francis , the former managing director of Ei Group and Euan Venters, former-MD of brands and pubs at Greene King.

In his new incarnation, George the Bear has dispensed with his pork pie hat and is “older and wiser”, the team said.

Funds raised will be used to hire new sales managers to accelerate distribution, targeted digital marketing/PR and trade marketing to bring the brand to life and excite staff and consumers, and new hardware to support the rapid growth of distribution.