Can Diageo realise its ambitious 2030 goals?

Diageo has revealed bold plans to increase its share of the “total beverage alcohol” market value from 4% last year to 6% by 2030. But just how feasible is this bigger slice of the pie? 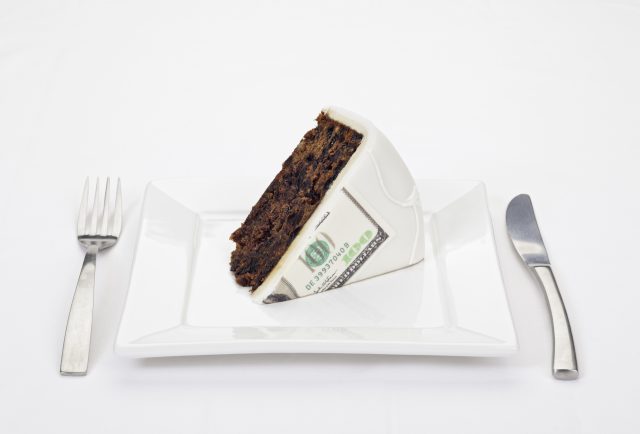 Ten years ago shares in Diageo, the world’s biggest premium drinks company, stood just above £13. Recently they topped £39 and if you add in Diageo’s ever-increasing dividends over that period, shareholders have enjoyed an annual investment growth rate in excess of 13%.

No wonder so many investors and fund managers hold Diageo shares for the long term, many in what they regard as the “forever” section of their portfolios. There are few consumer goods companies to rival its financial track record.

It is by far the world’s biggest premium beverage alcohol group, valued by the stock market at about £90 billion, but Diageo has ambitions to become even larger, grabbing big slices of the  market in both value and volume terms.

It is targeting to increase its share of the “total beverage alcohol” (TBA) market value by 2030 by a further half from 4% last year to 6%.

That implies considerable growth in volumes as well as continued premiumisation and range extension because the overall market will also be rising. It will have to run faster simply to stand still.

Diageo holds about 2.5% of global alcohol volumes today so to stay on track to 2030 it will need a steady increase in its proportion of case sales in addition to increasing the return it earns on every bottle.

In 2020 IWSR predicted that the global drinks market will grow in value by a compound 3% per year until 2030 when overall sales could reach $1.4 trillion. Some feel that could be an underestimate.

If the IWSR forecast is correct and Diageo hits its 2030 target, its annual sales then could top £26 billion compared with £19.1 billion in the year to last July.  But significantly as chief executive Ivan Menezes and his team continue to drive premiumisation across the portfolio, margins and profitability should increase further.

A Reuters/Breaking views calculation suggests that Diageo could be valued at more than £200 billion if it meets its 2030 goals. Working backwards, that would suggest that the shares today should stand at nearly £46 each, a 40% premium to the current £39.

So how is Menezes planning to achieve his ambitious targets?

More than a quarter of 16- to 24-year-olds don’t drink, compared with just over a fifth of the general adult population. But Menezes reckons his world-leading position and demographics are working in his favour.

An additional 550 million consumers will come of age this decade. “The relentless rise of the middle class continues, enabling a further 700 million consumers to access our brands. In India alone we anticipate 100 million new potential consumers in the next five years,” says Menezes.

McKinsey estimates the country will have the third largest number of high–income households globally.

Globally, he expects to “recruit 40 million new consumers each year to our brands”. And he is looking for big things in the USA, which already accounts for 39% of Diageo’s sales and 50% of its profits.

He says it is an underdeveloped market in which only half of all households purchase spirits and where their average spend is only just over US$1 a day.

He believes there is considerable scope for further premiumisation as the growing number of consumers drink “less but better”. That includes not only moving up the Johnnie Walker whisky spectrum but also, as affluence spreads, somebody switching from illicit alcohol onto the first rung of the brand ladder.

Spirits are driving growth in the global alcohol market as evidenced during the coronavirus lockdowns and as the world leader, 50% bigger than its nearest rival Pernod Ricard, Menezes reckons Diageo is in poll position to gain most from that continued trend.

Diageo is a successful brand builder and has developed a range of data analytics he believes will allow it to expand its competitive advantages.

“We are getting better, more timely and insightful data, enabling us to make faster, smarter decisions. All of which allows us to better anticipate and respond to marketplace changes,” he says.

He cites Tequila where in 2015 Don Julio was an infant brand and Diageo had just 6% of the global market. With the addition of Casamigos, today Diageo holds a 30% slice and he smiles impishly at the critics who criticised the US$1 billion price tag paid to George Clooney and friends.

“They are the only two Tequila brands in the top five to have gained market share over the past five years,” he says.  Since 2014 the net sales value of Don Julio is up sevenfold while Casamigos’ is up 11-fold since the 2017 purchase.

Diageo is already big in ecommerce. ” We are the number one in spirits retail sales on Drizly in the US, and in China, we’ve maintained our leadership in whisky with a 26% share of whisky retail sales on Tmall. In addition to building on our partnerships with e‐retailers and traditional trade channels, we are also developing our own e‐commerce channels.”

Acquisition will also play it parts in building both volume and value. Menezes does not recognise significant gaps in his portfolio but acknowledges that he is ready and eager to add brands that he can build and add value to.

The balance sheet is strong and many prospects cross his desk each year but he vows to be disciplined.

To sustainable profit growth add in the investment in people and their diversity, and a drive to decrease the company’s impact on the planet, and Menezes believes he has a symbiotic virtuous circle. No single aspect can advance without the other two.

He is off to a good start on his 2030 roadmap. He predicts organic net sales growth of “at least” 16% the half- year to the end of December and organic operating profit growth to be ahead of sales growth.

True, the comparative figures last year were hit by Covid-19 and all eyes will focus on how he does against the same period in 2019. But given that there are only six weeks to until Diageo rules off the numbers and that the festive season sell-in will be virtually complete, Menezes already has an outline of the results.

So when he unveils them at the end of January, Menezes may well have something left in his back pocket just to show that he is taking large strides towards 2030 ­- just like the iconic Johnnie Walker.