Scotch distillery The Macallan has launched Tales of The Macallan Volume I via an extravagant exhibition at the Landmark Atrium in Central. 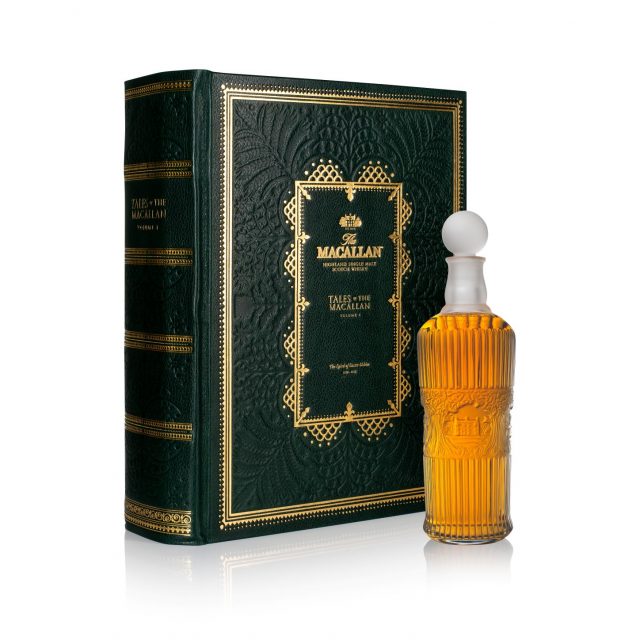 A pop-up exhibition, named The Tales of The Macallan Experience, has been unveiled at the Landmark Atrium in Hong Kong. Designed specifically for consumers to experience the house’s limited-edition Tales of The Macallan Volume I whisky, the pop-up will take place from now until 21 October, open from 11:00am to 8:00pm.

The one-off whisky represents the first in a new series of single malts which highlights the house’s pioneering legacy, and important characters from the brand’s history. According to the distillery, Tales of The Macallan Volume I pays homage to Captain John Grant, who in 1700 realised the potential of Easter Elchies Estate, the site of The Macallan whisky distillery since 1824.

Born in 1659 on the banks of the River Spey, John Grant was a captain in the military but his family had owned the Easter Elchies land since 1543. It was on Grant’s return from war that he decided to transform the wild landscape he had inherited into the ‘garden of Elchies’, the birthplace of The Macallan.

A natural farmer, Grant worked the land to create suitable conditions for growing barley, and his labours helped to sustain a small farming community that would one day use its crops to distil whisky. In 1700, he extended and refurbished Easter Elchies House which is now the site of the house’s distillery.

The special edition whisky, featured in the Hong Kong pop-up, was distilled in 1950 and bottled in 2021.

Lead whisky maker Sarah Burgess has described the whisky as having “wood spices, sweet wood smoke and antique oak to make a perfect liaison with the delicate symphony of ripe fruits and spices”.

Limited to just 350 decanters worldwide, Tales of The Macallan Volume I will be available in Hong Kong from Nov 2021.